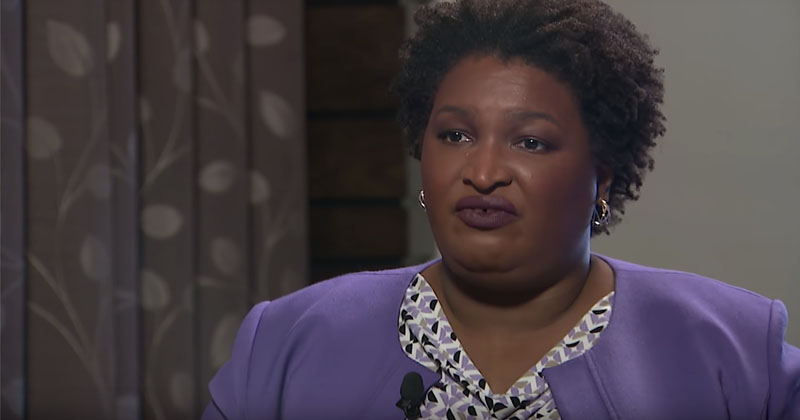 Democrats are not letting the Coronavirus crisis go to waste politically. They are using the global pandemic to provide moral cover for their “Vote By Mail” scheme, which they hope to implement nationally to replace in-person voting at polling places.

Democrat Sens. Ron Wyden and Amy Klobuchar have introduced a national “Vote By Mail” bill that could result in all Americans, theoretically, voting in the mail in November. If the bill does not survive a potential Trump veto, Democrats are sure to continue agitating at the state level to get Vote By Mail laws before November. Oregon is currently an exclusively Vote By Mail state. While some Democrats and their supporters are calling this an “emergency” effort, the push dates back years, with Sen. Wyden proposing a national Vote By Mail bill back in 2010.

Former Obama adviser Dan Pfeiffer said Democrats should exercise their negotiating power and “make it a condition for an economic rescue package,” in effect holding the economy hostage to get a partisan mechanism to make vote-counting more complicated in November. President Donald Trump is promising a massive package to stimulate the economy, but of course Democrats are looking to get their hooks into it to undermine Trump.

Federal Election Commission (FEC) commissioner Ellen Weintraub is explicitly tying the push to the hashtag #VirusFreeVoting. Democrats and their allied commentariat are laying it on thick.

No one should have to risk their life – or the lives of their loved ones – to cast their vote.

We can only avoid that risk this fall if the U.S. government tackles the problem –*now*.

Vote by mail should be standard practice no matter what, but it is a moral imperative in a pandemic. Republicans will oppose it out of muscle memory, Congressional Democrats need to make it a condition for an economic rescue package. https://t.co/o0md7UkZbR

Congress must provide states with the funds they need to protect the right to vote amid #COVID19, including an expansion of #VoteByMail.

Call your Senator at 202-224-3121 and tell them to include elections funding in the economic stimulus package. Our democracy is worth it. pic.twitter.com/GNVL5o9829

Shouldn’t every state be working on vote-by-mail and other mechanisms to ensure fair and democratic elections in November, rather than passing such already unnecessary and now ridiculous legislation? The Republican Party in 2020 is so bankrupt in so many ways at so many levels… https://t.co/PEtpYxAeNf

We should be making it easier to vote, not harder.

It shouldn't take a pandemic to force that change,

But the urgency is now crystal clear:

All states should allow no-excuse vote by mail.

In 2019, The Council of Local Mandates in New Jersey struck down the state’s automatic Vote By Mail law as unconstitutional, meaning that voters have to specifically request an absentee ballot for every new election, and county clerks can’t be forced to automatically send them to all voters who requested them at any point in time. This might be an important case to remember during this year’s inevitable election-related lawfare. Stacey Abrams, who strained our Constitutional Republic to the limit with her post-Election Day vote-stealing tactics in the 2018 Georgia gubernatorial race, is a leading contender to be Joe Biden’s running mate.

Hillary Clinton is pushing to make “voting by mail the norm going forward.”

Clinton, who seems very interested in the 2020 presidential election despite not being a formal candidate at this time, is following the lead of a member of the Rothschild financial family, who started pushing the “vote by mail” concept in response to the worldwide Chinese Coronavirus outbreak.

Congress needs to act to make voting by mail the norm going forward, with the specifics outlined by election expert Marc Elias below to make it accessible for all. https://t.co/K2TlHIJx2d

Every voter must have the opportunity to vote by mail this year.

Senators @RonWyden and @amyklobuchar have a bill to get it done, and you can call your senators right now at (202) 224-3121 to urge them to support it. https://t.co/9ACURsoNrE

A member of the hyper-wealthy Rothschild financial family proposed a “VOTE BY MAIL” system in the 2020 election to replace traditional voting during the Coronavirus pandemic.

David Rothschild, an inveterate anti-Trumper, suggested the electoral process change on Twitter. Though some people already vote by mail, Rothschild is ostensibly proposing a mail-only voting system in which people do not show up to the polls. David Rothschild is the son of Sir Evelyn de Rothschild, the English financial oligarch who advises the Queen of England.

“We do not want to give anyone any ideas about postponing the 2020 election. Prepare the country to debate & choose in a difficult time. All voting by mail to avoid any need for clustering people. We voted in 1864, we can vote in 2020,” Rothschild said. “For those non-history majors out there: 1864 was the middle of the Civil War. If held a presidential election in the middle of the Civil War, we can hold one now. Here is how we do it: VOTE BY MAIL.”

The Rothschilds are one of the world’s richest families, and David Rothschild’s hostility toward President Donald Trump underscores the extent to which the elites hate populist nationalism in the United States of America.

It’s gonna be the Chinese Century come hell or high water, and it couldn’t have been telegraphed any clearer.