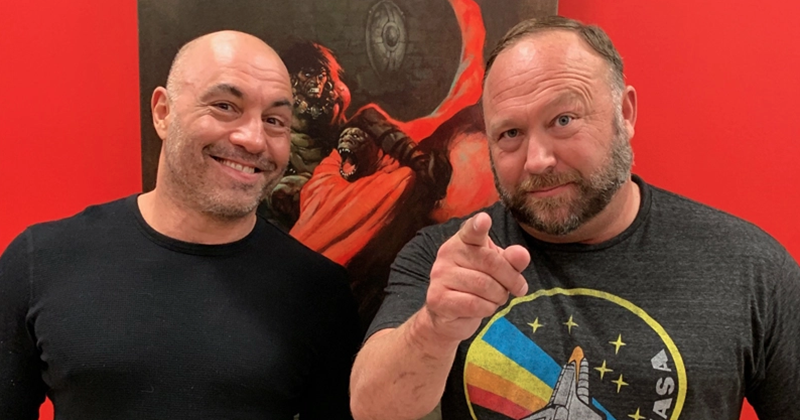 On Feb. 27 2019, radio and TV host Alex Jones appeared on the Joe Rogan Experience podcast for the second time.

The podcast has since accumulated over 16 million views on YouTube, making it the most viewed podcast in the entire world for 2019.

Jones’ first appearance on the Joe Rogan Experience in February 2017 made waves by becoming the most viewed JRE podcast at that time, netting over 10 million YouTube views.

Over the past two yearsrs, Jones’ 2017 appearance has retained its position as the third-most popular JRE podcast of all time.

The Infowars host returned in 2019 following his platform-wide banning by big tech to discuss attacks made against him by the media and various reports he has made that were labeled “conspiracy theories” before eventually being proven correct by mainstream sources.

The official Joe Rogan library website released an infographic this week showing the “Alex Jones Returns!” podcast as having over 5 million more views than its closest competition, as well as being the most-liked JRE  YouTube video of the year. 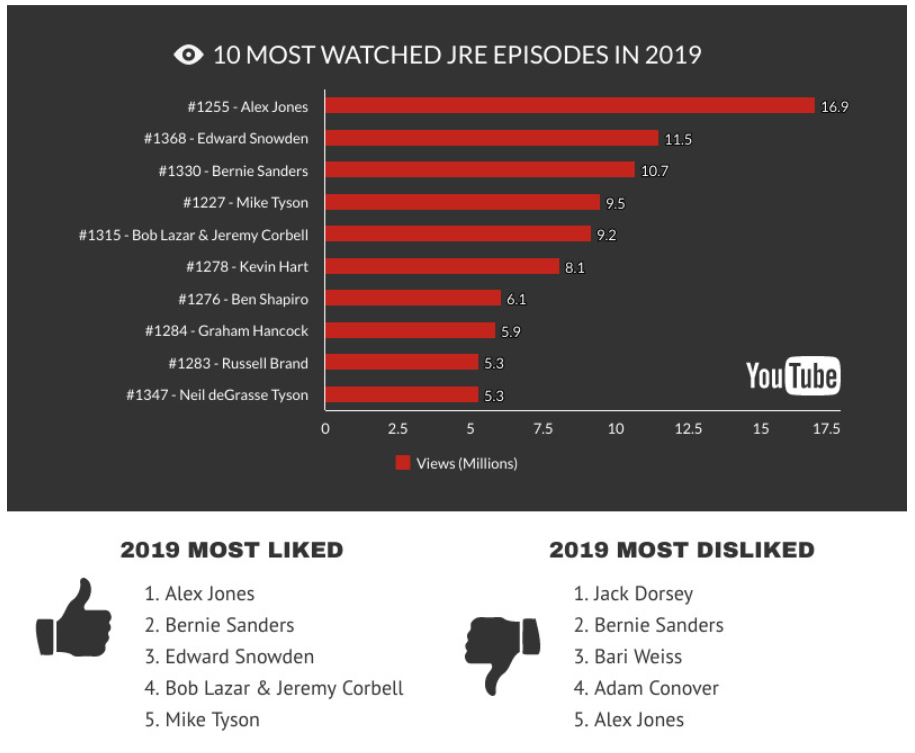 In the most-viewed podcast of 2018, tech billionaire Elon Musk confirmed multiple theories first reported on by Jones regarding artificial intelligence and plans made by the world’s wealthiest people to control society through technology.

Speaking to National File, Jones said: “That just shows how popular liberty and freedom are, the only question is, will Alex Jones be back in 2020, and is freedom too powerful to be given a forum [by Big Tech].”

Though websites are often vague about releasing the total number of plays of individual podcast episodes, National File was able to confirm that “Alex Jones Returns!” was the most listened-to and most-downloaded JRE podcast of all time, with 2017’s “Alex Jones and Eddie Bravo” holding third place in both categories as well.