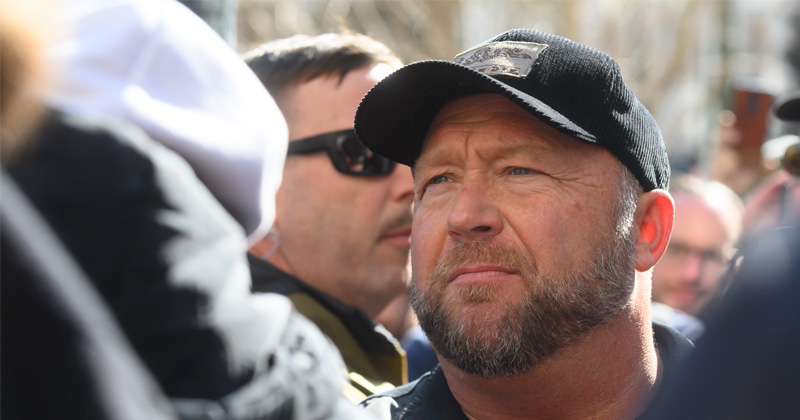 Alex Jones was cleared of a ‘driving while intoxicated’ charge by blowing less than a 0.08 – the legal limit in Texas for DWI – which in itself is an incredibly low threshold.

Jones was pulled over Monday night in Travis County for speeding 45 mph in a 40-mph zone.

The paperwork shows that Jones admitted to drinking a small amount of sake at a Japanese restaurant hours before with his wife, which was proven truthful after the breathalyzer test showed a tiny amount of alcohol – well under the legal limit in the Lone Star State.

Travis Co. has been criticized for its low number of DWI arrests, which has triggered a countywide dragnet, according to police sources.

“It was quite the experience to see what was going on in this country and to experience it myself,” Jones said on his radio show Tuesday.

Ironically, Jones added that the arresting officer couldn’t even perform the roadside “stand on one leg” sobriety test correctly when he was trying to demonstrate it.

That test involved standing on one foot while trying to hold the other foot one inch off the ground while staring at the lifted foot.

Knowing how the establishment, globalist press operates, Jones wanted to get out in front of this to show he has nothing to hide and to point out that legal experts are confident the case will be quickly dropped because he didn’t violate the law.

Alex Jones was arrested on March 10th, 2020 for DWI even though he blew many times and was under the Texas legal limit for intoxication.

Alex Jones shows the breathalyzer paperwork on-air that proves he was under the legal limit for blood alcohol content needed to charge him with a DWI after being arrested.