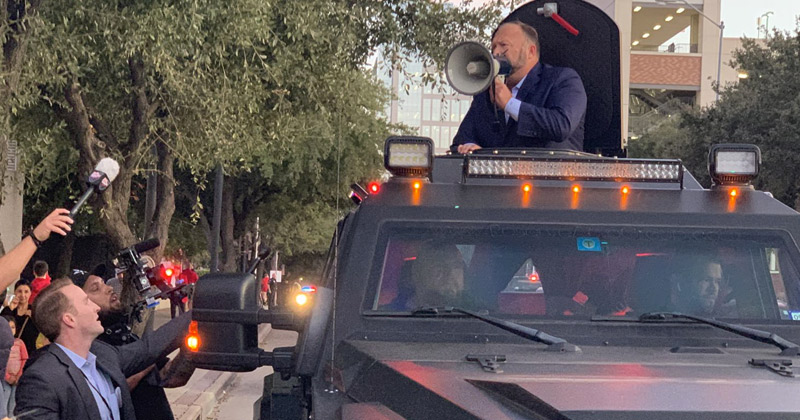 “The deep state is openly trying to engage in a political fake witch hunt coup!” Jones shouted outside the American Airlines Center. 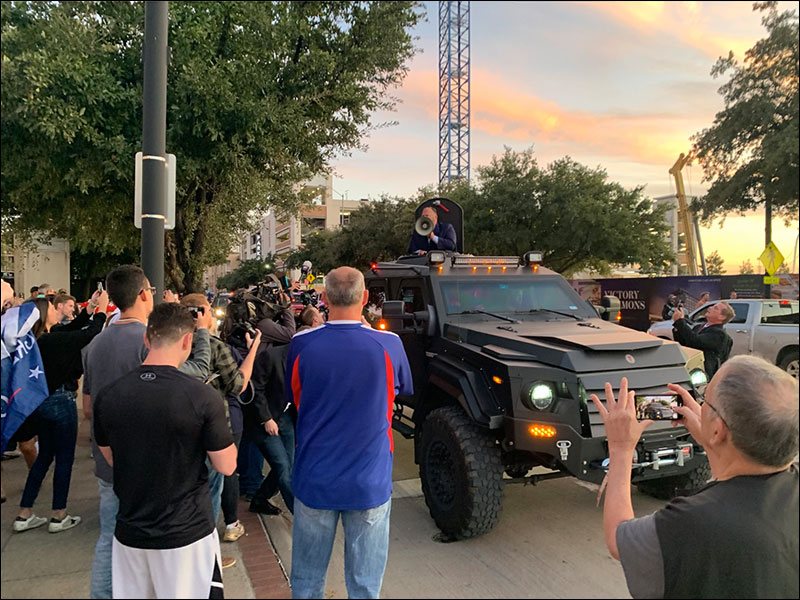 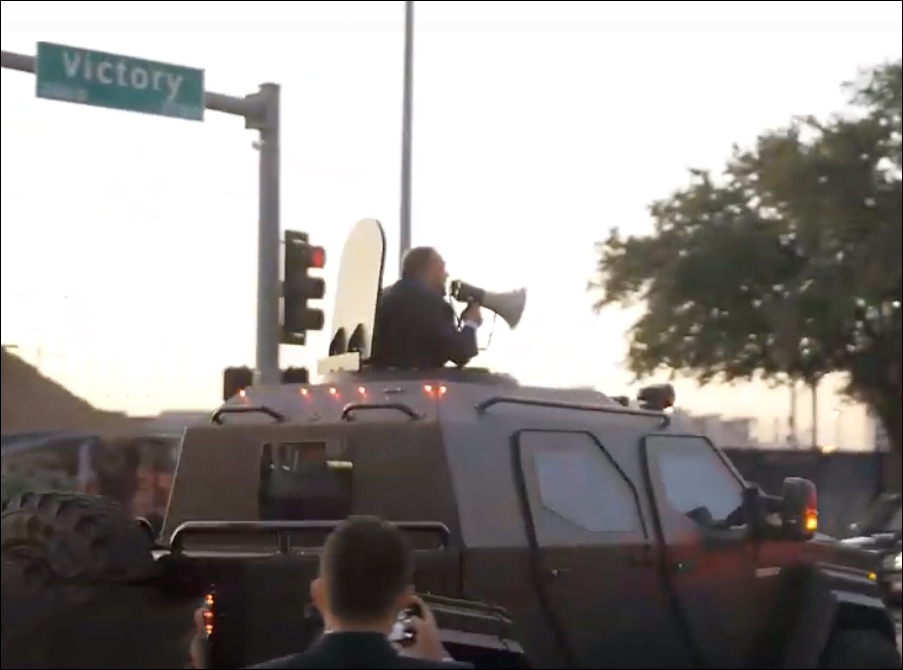 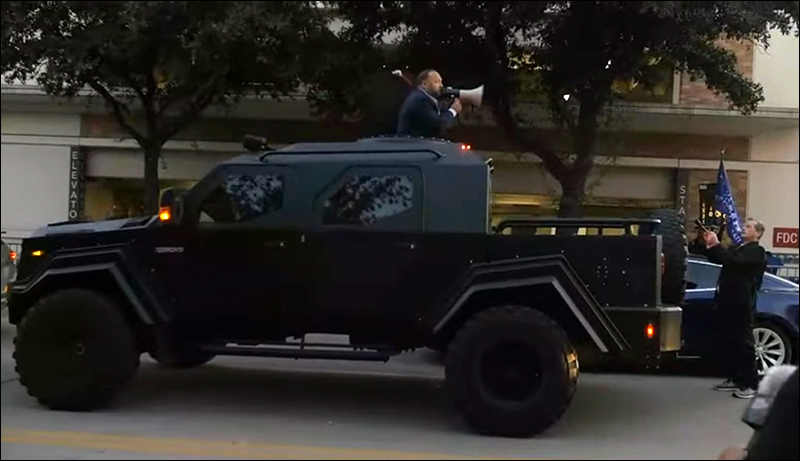 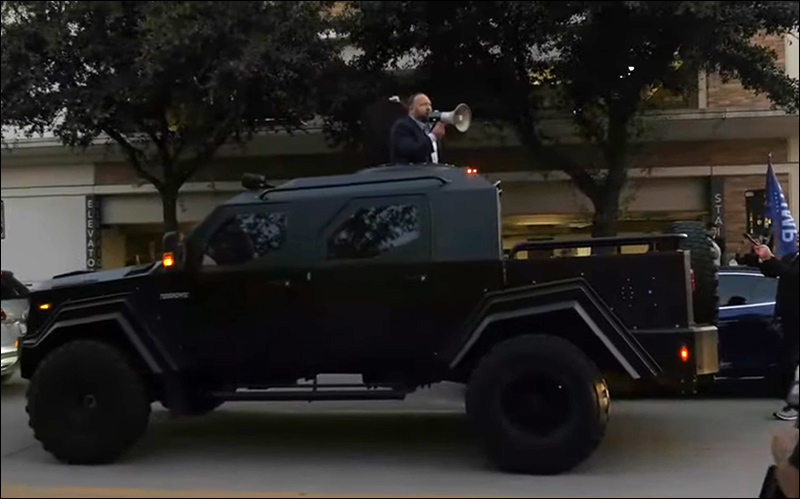 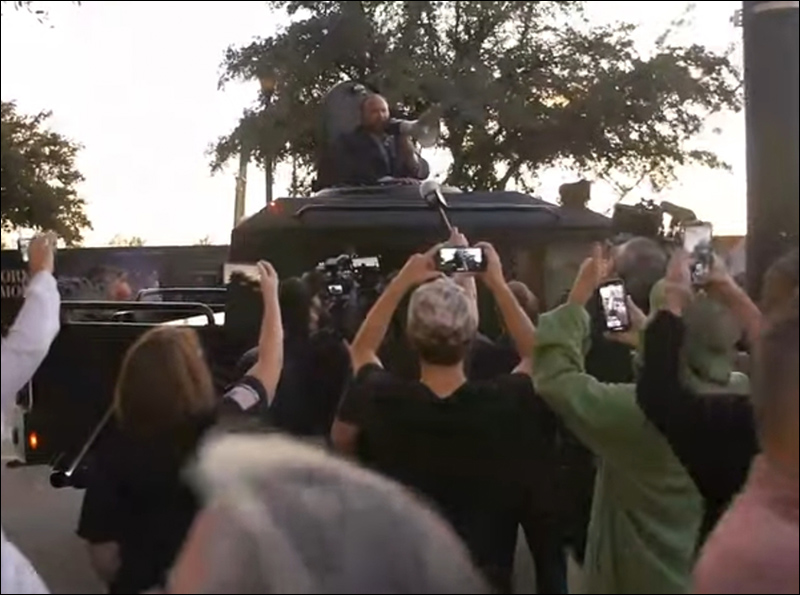 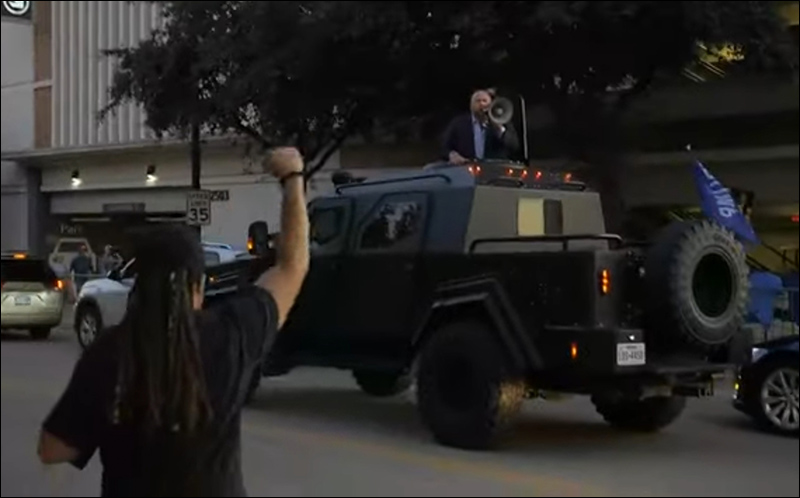 “We are here telling the globalists: ‘You are not going to assassinate our president!'”

A reporter for a local ABC News affiliate also noted Jones’ presence, but falsely claimed Jones lost an appeal in the Sandy Hook case this week. In actuality, Jones merely lost a preparatory appeal that has little, if any, bearing on the case.

Info Wars’ Alex Jones is driving around the Dallas AAC shouting that the deep state is trying to assassinate @realDonaldTrump.

Jones is a conspiracy theorist who has called the Sandy Hook Shooting a hoax. He’s been sued by parents and lost an appeal this week. pic.twitter.com/vXROf6YTVc

Separately, ABC News was caught putting out fake Syrian combat footage earlier this week, in an attempt to propagandize the American public into supporting yet another foreign war. 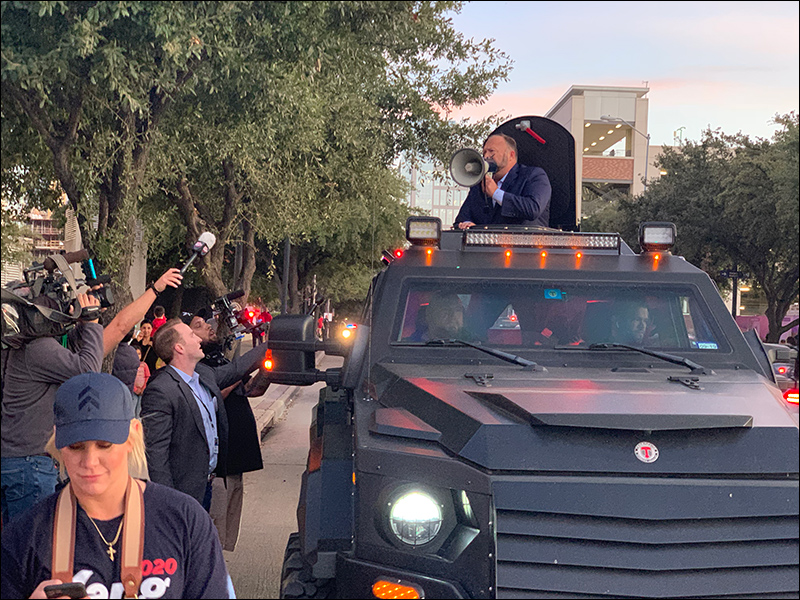 Jones arrived in Dallas late Thursday afternoon, after his broadcast earlier in the day addressed veiled threats from various anti-Trump politicians and pundits.

Watch – Infowars and Alex Jones are on the ground in Dallas to give you live coverage of President Trump’s rally: