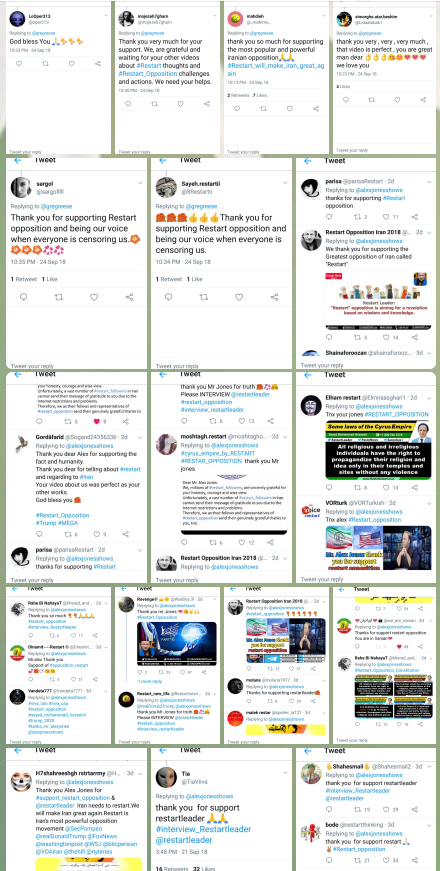 The #Restart Iran movement is made up of millions of Iranians who oppose their current regime and who want peace with the USA and Israel, openly support President Trump and wish to establish a Democratic Constitutional Republic in Iran.

Feedback online has been sensational. Below is a sample of the support coming out of Iran.

Lazy Pahlavi had more media outlets for over 30 years and did nothing to save the Iranian people, who is cooperating with the regime ?! Very simple to understand.#Restart is powerfull opposition
People have more confidence in Hosseini pic.twitter.com/MPbv14EWwf

Thank you for supporting Restart opposition and being our voice when everyone is censoring us.

"Alex Jones" The most controversial and most popular American presenter And President Trump's intimate friend
The future government of Iran is the Restart Empire
We thank Mr. Alex Jones for supporting the #Restart_Opposition

Dear Mr. GregReese
We are sincerely grateful for your honesty, courage and wise view.#Restart_Opposition#StopCensorship pic.twitter.com/NHLd1FwQSD

Watch the Persian version of the video, going viral in the Middle East, below: