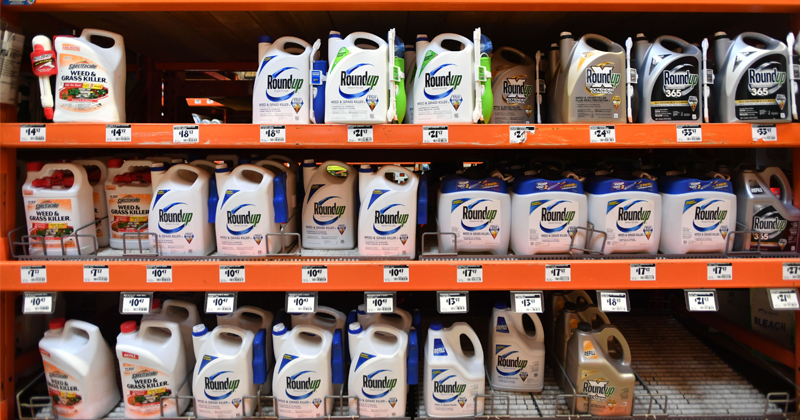 Proponents of GMOs and Glyphosate-based herbicides and staunch believers in the EPA have long argued that low levels of glyphosate exposure are safe for humans.

Even our own EPA tells us that Americans can consume 17 times more glyphosate in our drinking water than European residents. The EWG asserts that 160 ppb of glyphosate found in breakfast cereal is safe for a child to consume due to their own safety assessments, and yet renowned scientists and health advocates have long stated that no level is safe.  Confusion amongst consumers and the media is rampant.

Glyphosate is the declared active chemical ingredient in Roundup and Ranger Pro, which are both manufactured by Monsanto, the original manufacturer of Agent Orange and DDT. There are 750 brands of glyphosate-based herbicides. Glyphosate based herbicides are the most widely used in the world and residues of glyphosate have been found in tap water, children’s urine, breast milk, chips, snacks, beer, wine, cereals, eggs, oatmeal, wheat products, and most conventional foods tested.

Mike Adams breaks down how the toxic “pesticide” Roundup is polluting the waters, the soil, and the bodies of animals around the world due to the deadly glyphosate ingredient.

The detection of glyphosate in these foods has set off alarms of concern in households and food manufacturers’ offices around the world. Lawsuits have sprung up against companies that make food products that claim to be “100% Natural” and yet contain glyphosate residues. These lawsuits have been successful. Debates, using the argument that “the dose makes the poison,” have been pushed by media. Speculation is that these media outlets are funded by advertisers that make or sell these chemicals or have sister companies that do, and threatening their profits would be unwise for all involved – except the consumers.

It is Time to Set the Record Straight

Here are 12 reasons why there is no safe level of glyphosate herbicide residue in our food or beverages.

Clearly, it is time for food and beverage manufacturers to have a zero tolerance for glyphosate residue levels and for the US EPA and regulatory agencies everywhere to stop ignoring the science and to revoke the license of glyphosate immediately.

Moms Across America is a 501c3 non-profit organization whose motto is “Empowered Moms, Healthy Kids.”

Medical Doctor addresses his president to protect the people against harmful chemicals.