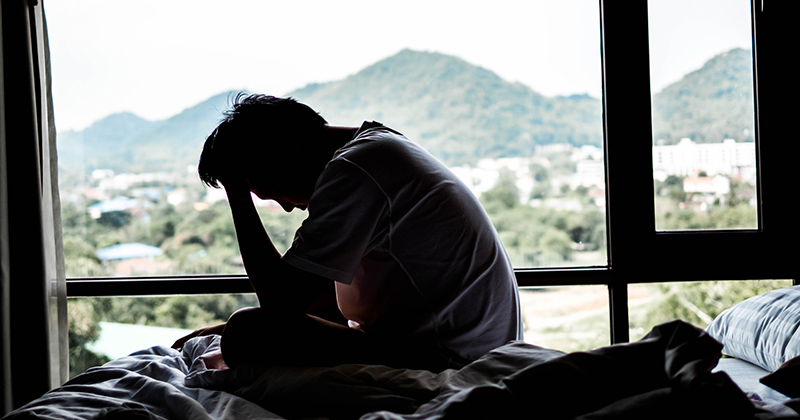 This is a very difficult article for me to write, but I definitely need to write it.

All over the country, people are considering suicide because of all the bad things that have happened this year, and things are only going to get even more challenging in 2021 and beyond.

This greatly grieves me, because suicide is never the answer to anything, and I wish that I could sit down individually with every person that is considering suicide and get them to understand this.

Our lives are meant to be lived with purpose, passion and great joy, and that doesn’t change when times get very difficult.

Regardless of AG Barr’s common sense approach to the madness. These fools in the streets ultimately continue to support the violence they represent. Their neglect to blatantly face the truth results in their hypocrisy to aid and abet American children being exploited and murdered. This is no longer a peaceful protest. It is a parade of domestic terror waging war on the children of America.

In fact, when challenging times come that is when bright lights are needed the most.

Personally, even though I am constantly writing about all of the hard things that are going on in the world, I am not down, I am not depressed, and I am not on any pills.  Instead, I am incredibly thankful for the gift of each new day, and there is no other time in all of human history that I would rather be living than right now.

But if you allow your life to be defined by the system that the global elite have established, and if you are living for what you can get from that system, then the years ahead are going to be exceedingly difficult for you because that system is failing.

Over the course of this year, the entire world has been thrown into a state of chaos by the coronavirus pandemic, the global economic collapse and the tremendous civil unrest that we have witnessed in major cities all over the planet.  According to a survey that the CDC recently conducted, all of this turmoil has had a dramatic affect on our mental health…

At the end of June, the Centers for Disease Control and Prevention surveyed almost 10,000 Americans on their mental health. They found symptoms of anxiety and depression were up sharply across the board between March and June, compared with the same time the previous year. And young people seemed to be the hardest-hit of any group.

Almost 11 percent of all respondents to that survey said they had “seriously considered” suicide in the past 30 days. For those ages 18 to 24, the number was 1 in 4 — more than twice as high.

Those numbers are absolutely heartbreaking.

The years between 18 and 24 should be some of the greatest years of your entire life, and yet one out of every four Americans in that age group “seriously considered” committing suicide in just one month.

That number alone is sufficient evidence to prove that our society has become a complete and utter failure.  The system that we are living in doesn’t give these young people any real meaning for their lives, it doesn’t provide them with hope, and it doesn’t give them any reason to be optimistic about the long-term future.

And the truth is that suicides have been on the rise for many years.  In fact, CDC numbers show that the suicide rate has been increasing “every year since 2007”…

The suicide rate among young people was already at a record high before the pandemic, and had increased every year since 2007, according to a new analysis of CDC data released on Thursday by the gun control group Everytown for Gun Safety.

The new report, which came on World Suicide Prevention Day, notes that suicide was the second leading cause of death among young people after accidents.

As a society, the direction that we are running is the exact opposite of where we should be going, and that greatly frustrates me.  Many of us keep sounding the alarm, but most people simply do not want to listen.

But if we keep going down the same path, many more Americans will fall into despair, depression and self-destructive behaviors.  Just like the CDC numbers that I discussed earlier, a recent KFF tracking poll found that Americans have had an exceedingly difficult time dealing with the events of this year…

In a KFF Tracking Poll conducted in mid-July, 53% of adults in the United States reported that their mental health has been negatively impacted due to worry and stress over the coronavirus. This is significantly higher than the 32% reported in March, the first time this question was included in KFF polling. Many adults are also reporting specific negative impacts on their mental health and wellbeing, such as difficulty sleeping (36%) or eating (32%), increases in alcohol consumption or substance use (12%), and worsening chronic conditions (12%), due to worry and stress over the coronavirus. As the pandemic wears on, ongoing and necessary public health measures expose many people to experiencing situations linked to poor mental health outcomes, such as isolation and job loss.

If we can’t even deal with the problems that we are facing right now, how in the world are we going to handle what else is ahead?

Sadly, our overall mental health was already in really bad shape coming into this year.  In 2019, it was being reported that “deaths of despair” in the United States had reached an all-time record high.  The following comes from NBC News…

Rates of deaths from suicides, drug overdoses and alcohol have reached an all-time high in the United States, but some states have been hit far harder than others, according to a report released Wednesday by the Commonwealth Fund.

When things get really crazy, it can be very tempting to try to find a way to escape.

For some people, escaping means abusing alcohol or drugs, and for others it means becoming immersed in endless hours of self-destructive forms of entertainment.

And of course some people attempt to “escape” permanently by committing suicide.

But the truth is that you cannot run away from reality, and there is no reason to try to escape in the first place.

You were born at this particular moment in history for a reason, there is a unique purpose for your life, and you have a job to do.

All of human history has been building up to a great crescendo, and to be alive during this time is such an amazing privilege.

In the movie Gladiator, Russell Crowe’s character made a statement that has always stuck with me.  He said that “what we do in life echoes in eternity”.

If you make your life all about the global elite’s system and what you can get from it, you will end up depressed and defeated.

But if you focus on the things that will echo in eternity, and if you discover the reason why you were placed at this moment in history, then you will never have any reason to want to try to escape this amazing adventure that we call life.