In recent years there have been huge numbers of Americans that have sought to go “off the grid” and live a more independent lifestyle.  It has been estimated that there are now approximately 3 million “preppers” in the United States, and many of them just want to be left alone so that they can take care of themselves and their families on their own land.  But that is not the way America works anymore.  In many areas of the country, government control freaks have essentially declared war on preppers and are attempting to force them back on to the grid.  In some states, “nuisance abatement teams” are conducting armed raids on off the grid properties.  Property owners are being cited for “code violations” and are being told that they are “bothering the neighbors”.  In some cases, trees and gardens are being forcibly removed.  In other cases, entire structures are being relocated or torn down.  And in the most extreme cases, property owners are actually being forced off of their properties completely by these control freaks.  You see, the truth is that in America you don’t really own your property.  You are essentially renting it, and you can only do with it what the government allows you to do.  And the government does not like people disconnecting from the grid and living an independent lifestyle.  So these battles over property rights are probably going to get even more intense in the years ahead. 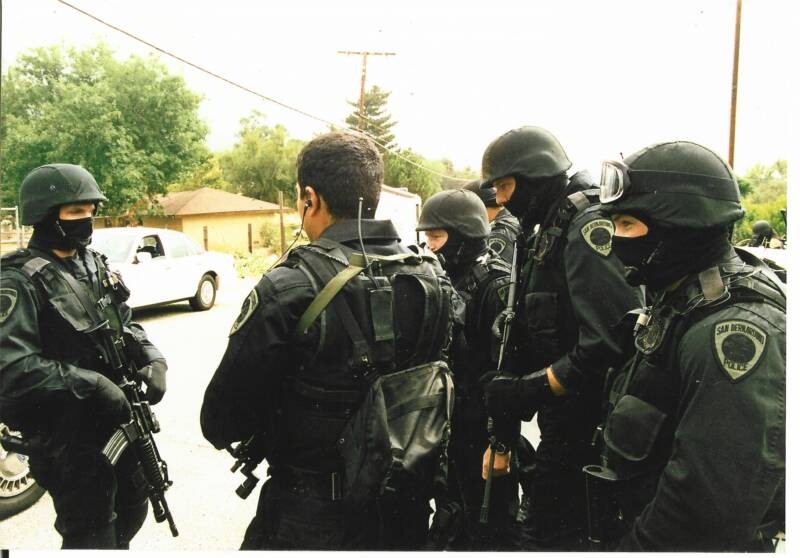 These days, many Americans are choosing to grow “survival gardens” as a way to help feed their families and become more independent of the system.

But in some areas of the country these survival gardens are being forcibly ripped out by government control freaks.  Just check out what happened to one unemployed woman in Tulsa, Oklahoma….

A Tulsa woman is suing the city’s code enforcement officers after she said they cut down her garden with no cause.

Denise Morrison said she has more than 100 plant varieties in her front and back yards and all of them are edible and have a purpose.

She knows which ones will treat arthritis, which will make your food spicy, which ones keep mosquitoes away and treat bug bites, but she said none of that matter to city inspectors.

The government agents left her with nothing.  They ripped her garden to shreds.  She was relying on that garden for her food and her medicine.  Because she is unemployed, she doesn’t have any money to go to the store and buy all those things.

Now she is absolutely destitute….

“I came back three days later, sat in my driveway, cried and left,” Morrison said.

Oh, but at least the government agents can report that “everything is now up to code”.

What is happening to this country?

In the state of California, armed “nuisance abatement teams” are intimidating property owners into getting connected back into the grid, and in some instances they are forcing homeowners off their land entirely.

When I first watched the videos posted below I got quite angry.

This first video is about government control freaks driving people off their land in the California desert….

This second video is also about what is going on with “off the grid” properties in California….

After watching those videos, it is easy to understand why millions of people have been leaving the state.

Those running things do not want us to be independent.  Rather, they want us completely and totally dependent on the “nanny state” from the cradle to the grave.  They want us as “connected” to the system as possible so that they can watch us, monitor us and control us.

Sadly, most Americans do not even realize that the United States is slowly but surely being transformed into a giant prison control grid.

This is happening in thousands of different ways.

For example, eventually all of us will not be able to go anywhere without our faces being recognized and recorded.

Yes, just like the movie “Minority Report”.  In fact, facial recognition advertising billboards are already being used in Japan.

The following is from an official statement on the Face.com website….

Facebook has acquired Face.com! Our mission is and has always been to find new and exciting ways to make face recognition a fun, engaging part of people’s lives, and incorporate remarkable technology into everyday consumer products. If you’re anything like us, Facebook is a part of your life every single day. We keep up with our friends and family, share interesting (or mundane) experiences from our daily lives, and perhaps most importantly for us, we share a LOT of photos.

The truth is that nothing any of us do on the Internet will ever be private again.  That ship has already sailed.

We still have a lot of freedom to say what we want on the Internet, but that window is rapidly closing as well.

Internet censorship in the United States is growing at a very fast pace, and it is only a matter of time before entire websites start getting shut down for political reasons.

The following is from a recent CNN article about the explosive growth of Internet censorship….

If they don’t like what we do on the Internet, they will just come in and wipe it out.

If they don’t like what we do on our land, they will just come in and chop it down or forcibly remove it.

We do not live in the “land of the free” anymore.

“Amerika” is becoming a prison state.

And every single year the prison grid gets tighter and more oppressive in thousands of different ways.

If you are doing something “out of the box” on your own property right now, you might want to keep it very quiet.

If the wrong person finds out, an armed “nuisance abatement team” might just show up at your door one morning and hit you with several dozen “code violations”.

I don’t know what country we are living in, but it sure isn’t America.