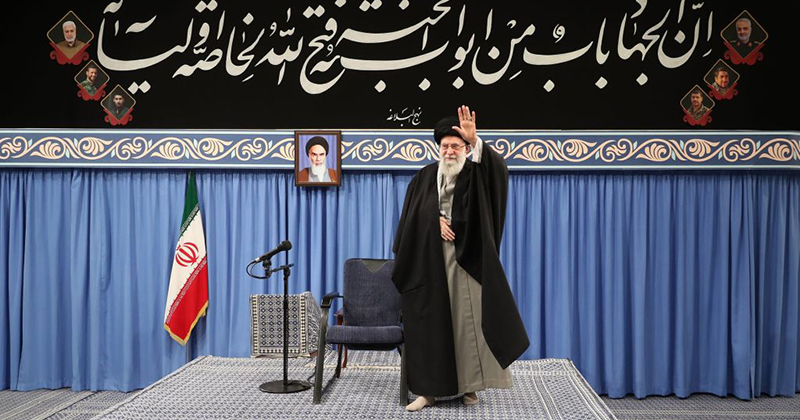 Following a message from President Trump claiming “all is well”, and another comment from Iranian Foreign Minister Javid Zarif claiming that Iran had “concluded” its reprisals for the killing of General Suleimani, markets have latched on to the belief that perhaps Iran is finished with its retaliation

Meanwhile Trump appears to have found the “off ramp” that he was looking for.

But traders aren’t the only ones betting on peace: Following the events of last night, journalists and regular people on the street have apparently started to realize that this isn’t the beginning of WWIII after all.

But according to several analysts and Iran experts, anybody who thinks this is the end of it is being tragically naive.

Pentagon sources tell NewsWars that Iran Is Launching A Massive Offensive Against Western Targets: US Set For Massive Response. Alex Jones, Owen Shroyer, Greeg Reese and Harrison Smith cover the news. Also, take advantage of the final hours of our Mega Blowout Sale with free shipping and up to 75% off our hottest items!

Let’s start with one of the most well-known journalists in the US, Iranian-American Yashar Ali, who delivered the following tweet thread warning the US that, if history is any guide, Iran’s true reprisal will come in the form of a terror attack on civilians, likely carried out via proxies.

2. What makes me nervous is illustrated in the WSJ story. The Iranian government has always operated on its own timeline. If you think Iran lobbing missiles over the border is the kind of revenge they ultimately have in mind, you're wrong. https://t.co/qeL7jkzQhd

Where does the ultimate revenge take place?

A month later in Georgia, India and Thailand where Israeli diplomats are targeted with bombshttps://t.co/qeL7jkzQhd pic.twitter.com/qEkQP7ddG4

9. Read Jake’s tweet…for those of you thinking this is just a weak response from Iran & that they’re terrified of the US mil, ask yourself if this how a nation that has funded attacks globally would respond to the killing of its most important Generalhttps://t.co/Tg8Ra6YLRg https://t.co/aSDXWQquHv

But conventional warfare should have never been the concern!

Indeed, CNBC adds that blowback from Iran could continue for years, and could come in the form of covert diplomatic action, cyberterrorism or even a more conventional attack.

If President Trump is suitably respectful during his expected address to the nation on Wednesday, then Iran might deliver another “overt response” in the coming days. Jarrett Blanc, a senior fellow at the Carnegie Endowment for International Peace, warned of such a response in an interview with CNBC.

But if Trump gloats about how the US killed one of their top generals, and all they did was blow up a bunch of rockets in the desert, then it’s possible that a furious Tehran could ratchet up the conventional weapons response.

Blanc said: “If he gloats that, you know, we’ve killed a top Iranian general and all they’ve done is hit the desert, he greatly increases the chances that there will be a further, overt response from Iran and again, increase the chance of a rapid escalation toward a really large scale conflict in the region.”

If Trump doesn’t gloat, then it’s possible that could help defuse the situation, at least in the short term.

“If he manages to keep the gloating to a minimum, it’s possible that the large scale, overt response has been satisfied and we move again into the more covert responses which, while terrible and potentially very damaging, don’t quite pose the same risk of war in the short term.”

But even if Trump doesn’t say anything to offend the Iranians, Blanc believes that it’s “almost inconceivable” that this is the last of Iran’s retaliation.

Looking ahead, there’s a “huge number” of directions that Iran can take, Blanc said. “They can certainly have their own assassination attempt. There could be a covert or terrorist attacks against US interests in the region, or elsewhere.”

Among the most likely scenarios is that Tehran will continue to push the Iraqi government to expel US troops, even as Trump sends reinforcements to the region.

“If they go through that entire process and make that decision, I think the United States is going to have to leave despite President Trump’s bluster,” he said. “My instinct is that, the end of U.S. military involvement, U.S. military presence in Iraq is in sight.”

“The Iranians have an opportunity now to force us out and, though it is of mixed interest from their perspective, they’ll probably take advantage of that opportunity,” he added.

This is retaliatory, asymmetric, and destabilizing. It is a response to Solemani. But it’s also not new. As of late Dec, there had been 11 Iran-linked rocket attacks on US positions in Iraq, including green zone, over 2 months producing American casualties https://t.co/9N1HPJO8Y8 https://t.co/3c0AaiFwcB

Meanwhile, Iran’s IRGC warned last night that any more attacks on Iran will result in “more painful and crushing responses,” including possibly against Israel.

“We warn the Great Satan, the bloodthirsty and arrogant regime of the US, that any new wicked act or more moves and aggressions [against Iran] will bring about more painful and crushing responses.”

For now, investors will simply need to wait to hear from President Trump to learn what might come next.