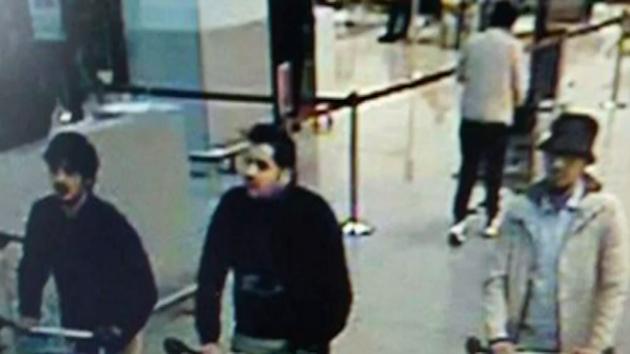 In the wake of the aftermath of the deadly terrorist attack on a departure terminal at Brussels’s Zaventem International Airport and the Maelbeek Metro station near European Union headquarters in the heart of Brussels, BBC radio interviewed a journalist based at the EU who said he witnessed an altercation at the entrance to the subway station the night before the blast there, which killed some 20 people.

The BBC’s anchor in London asked the journalist for further details and he responded that the altercation he saw involved a Belgian police officer examining the identity documents of what the journalist called “Middle Eastern looking” men.

The Belgian journalist said it seemed to him that the Middle Eastern-looking men outside the Maelbeek station were upset that the police officer was checking their documents.

It is common knowledge in Europe among law enforcement and the mainstream media that the term “Middle Eastern looking” or “Mediterranean looking” is to be used when Israelis are the subject of a negative incident or news story.

The female BBC anchor, who appeared quite aware of where the Belgian journalist was going with his report, quickly interjected, “we are not implying that the incident you witnessed the night before at the Metro station had anything to do with today’s bombing.”

The BBC anchor then quickly ended the interview with the Belgian journalist.

The use of “Middle Eastern-looking” and “Mediterranean looking” to describe Israelis became necessary so that journalists and law enforcement officials could escape the dog whistle tag of “anti-Semitic.”

Neffenger is said to have been on a scheduled visit to Brussels.

Already in Brussels, attending the Brussels Forum, a policy conference, was Nicholas Rasmussen, the director of the U.S. National Counter-terrorism Center and Camille Stewart, policy adviser to the Department of Homeland Security.

The day before the Brussels attacks, the German Marshall Fund, an NGO closely aligned with the goals of George Soros’s various European operations, wrapped up its Brussels Forum in the Belgian capital.

In attendance were a number of Israelis and noted Washington insiders.

The controversial pro-Israeli columnist Trudy Rubin of The Philadelphia Inquirer was also present.

Belgian officials in attendance included the chief of the Belgian Cabinet Yves Goldstein.

One of the forum’s sessions was titled: “Valuing Security, Securing Values: Countering Terror at Home.”

The session description stated: “The horrific attacks in Ankara, Istanbul, Paris, San Bernardino, and Suruç have shaken the transatlantic community to its core, forcing its societies to reexamine policies that affect values, identities, and the ability to provide for their publics’ safety.” Another session was titled: “Degrade and Destroy: Countering Terror Abroad.”