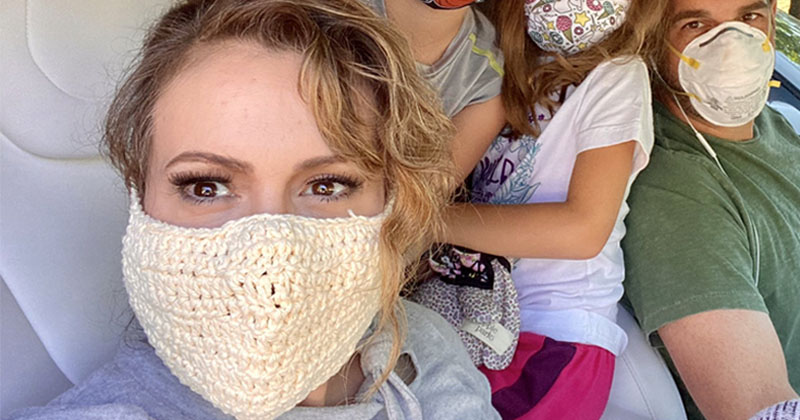 Actress and liberal activist Alyssa Milano has pushed back against an avalanche of online mockery, after she shared a photo of herself donning a visibly unreliable knitted mask.

The anti-Trump #Resistance ‘heroine’ urged her Twitter followers to don masks to stop the spread of Covid-19, and included a pic of her face-covered family.

The public service announcement drummed up a great deal of interest – although apparently not for its intended purpose. Her Twitter feed was flooded with jokes and memes pointing out that her personal protection equipment (PPE) was… knitted.

I guess this would work too according to your standards pic.twitter.com/HGbNvsZJR8

Taking note of her critics, Milano claimed her mask was fitted with a “carbon filter” to plug up the holes.

Her defense was met with dismissive replies, however. One cited an article claiming that carbon filters are not effective in preventing the spread of viruses.

The efficacy of mask-wearing among the general public has sparked debate in the United States, as cities and states implement guidelines calling for mandatory usage of PPE. In April, the Centers for Disease Control and Prevention urged the public to wear masks, after reversing its previous stance that such practices were not necessary for healthy people.

The World Health Organization states on its website that “currently, there is not enough evidence for or against the use of masks (medical or other) for healthy individuals in the wider community.”

This isn’t the first time Milano’s judgment has been criticized. The #MeToo firebrand was accused of hypocrisy after throwing her support behind Democratic presidential candidate Joe Biden – even though he has been publicly accused of sexual assault and harassment.

If masks really worked at preventing the spread of the virus, why wouldn’t the government distribute them to prisoners instead of setting them free to commit more crime?