Images of Jupiter’s Great Red Spot reveal a tangle of dark, veinous clouds weaving their way through a massive crimson oval. The JunoCam imager aboard NASA’s Juno mission snapped pics of the most iconic feature of the solar system’s largest planetary inhabitant during its Monday (July 10) flyby. The images of the Great Red Spot were downlinked from the spacecraft’s memory on Tuesday and placed on the mission’s JunoCam website Wednesday morning.

“For hundreds of years scientists have been observing, wondering and theorizing about Jupiter’s Great Red Spot,” said Scott Bolton, Juno principal investigator from the Southwest Research Institute in San Antonio. “Now we have the best pictures ever of this iconic storm. It will take us some time to analyze all the data from not only JunoCam, but Juno’s eight science instruments, to shed some new light on the past, present and future of the Great Red Spot.” 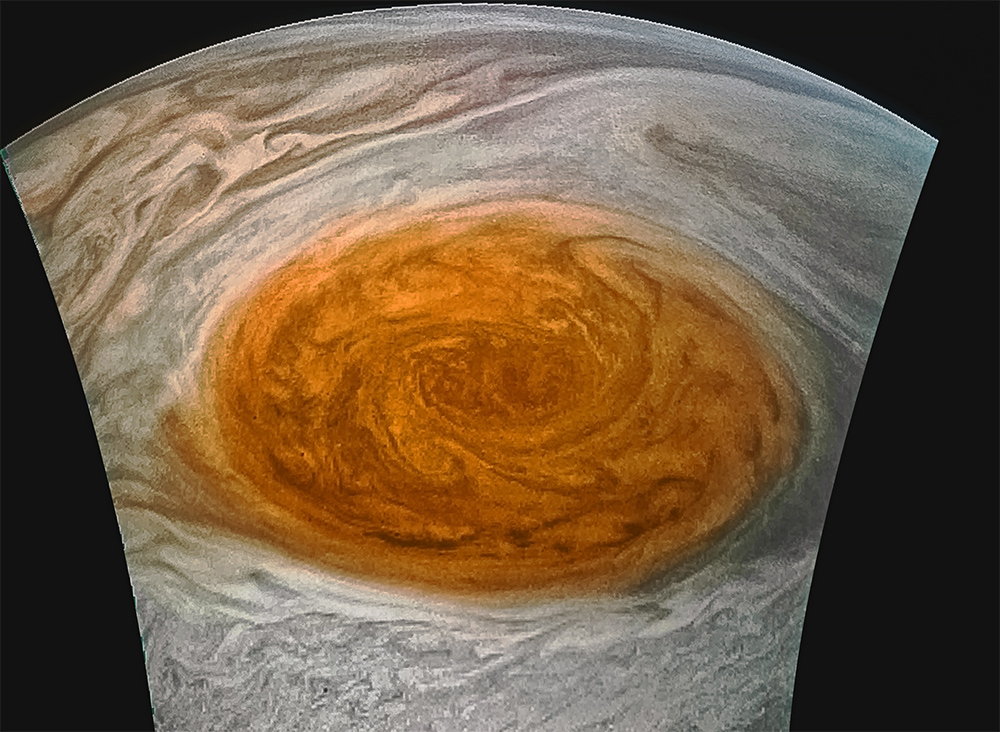 As planned by the Juno team, citizen scientists took the raw images of the flyby from the JunoCam site and processed them, providing a higher level of detail than available in their raw form. The citizen-scientist images, as well as the raw images they used for image processing, can be found at: https://www.missionjuno.swri.edu/junocam/processing. 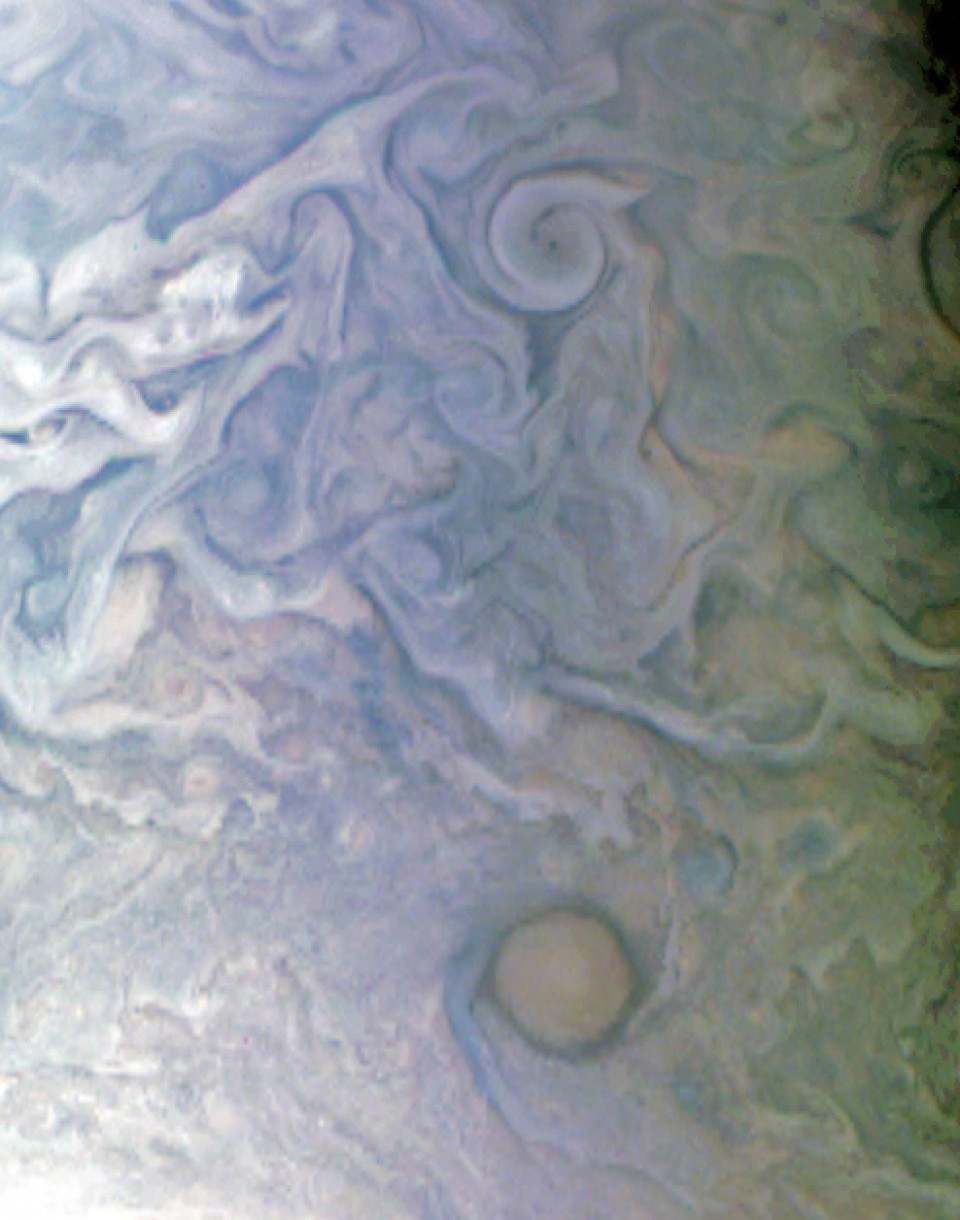 “I have been following the Juno mission since it launched,” said Jason Major, a JunoCam citizen scientist and a graphic designer from Warwick, Rhode Island. “It is always exciting to see these new raw images of Jupiter as they arrive. But it is even more thrilling to take the raw images and turn them into something that people can appreciate. That is what I live for.” 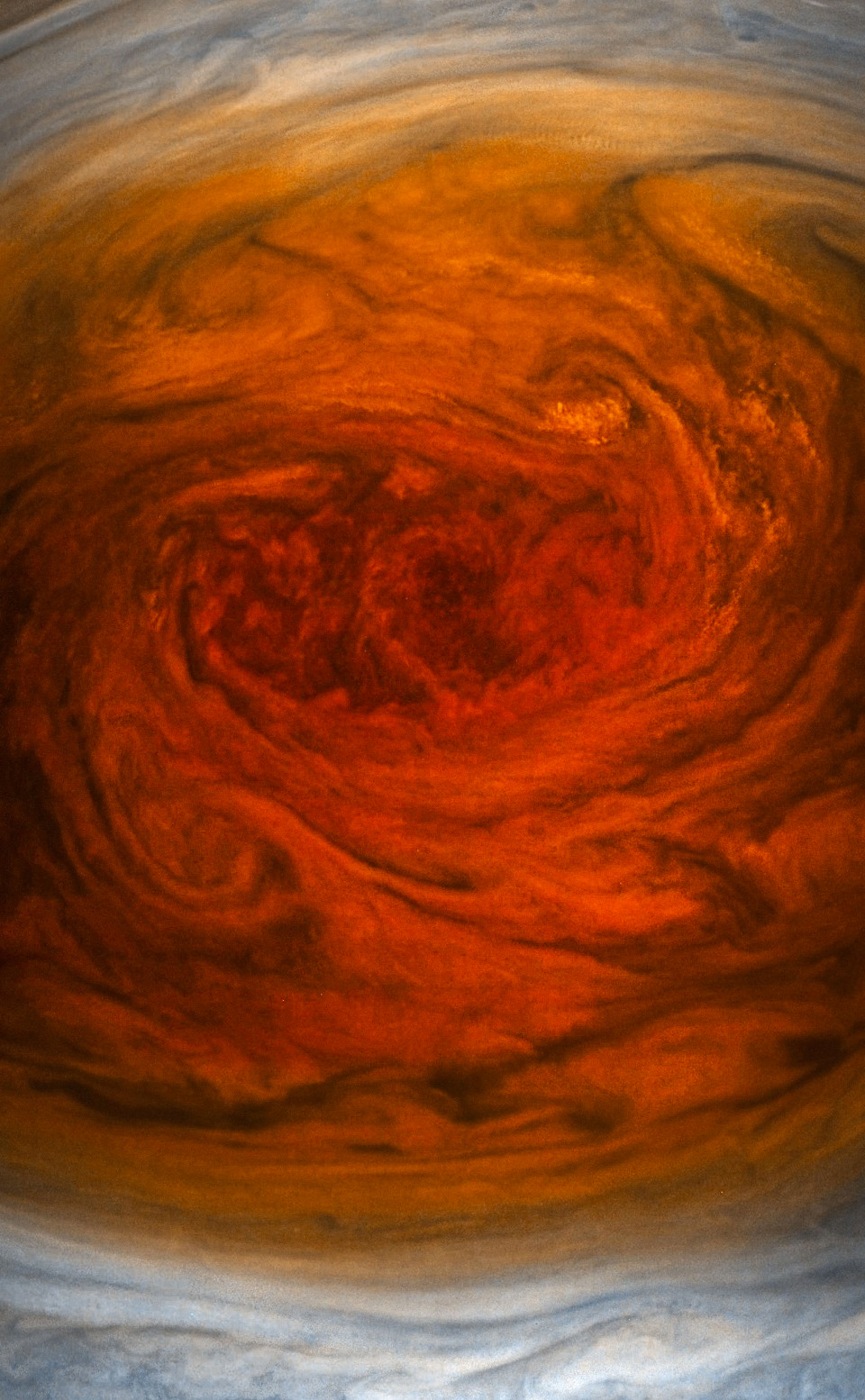 All of Juno’s science instruments and the spacecraft’s JunoCam were operating during the flyby, collecting data that are now being returned to Earth. Juno’s next close flyby of Jupiter will occur on Sept. 1. 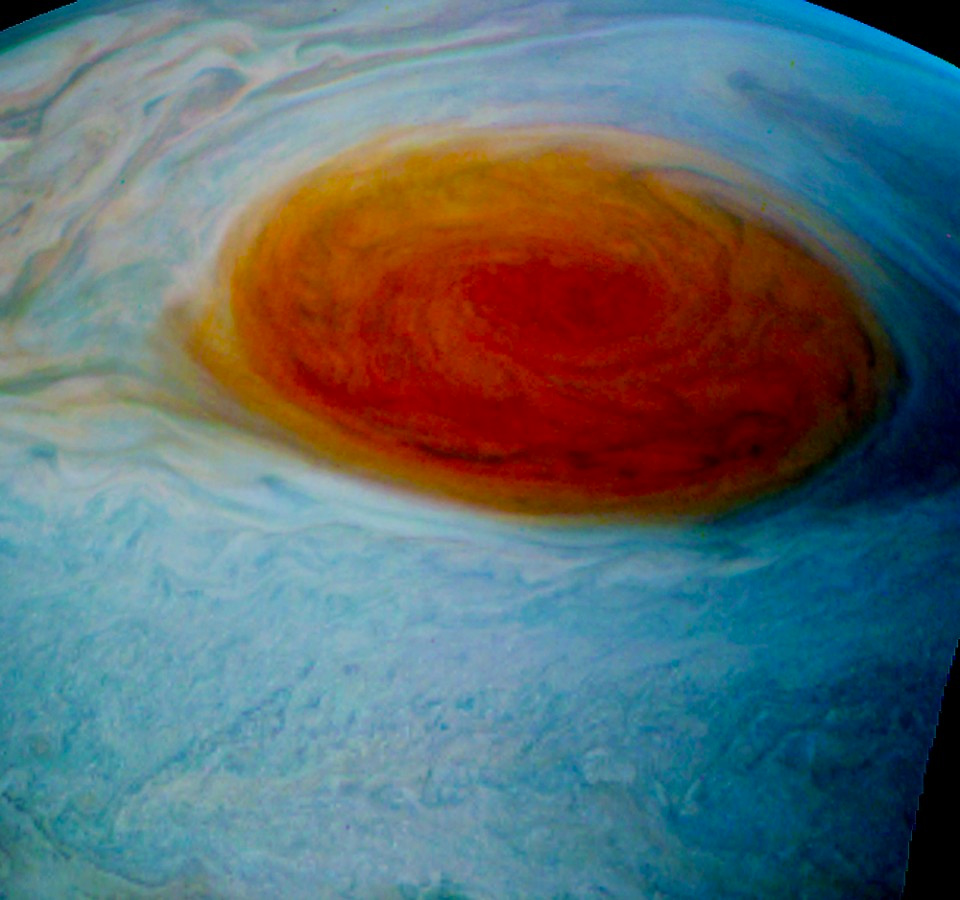 Juno reached perijove (the point at which an orbit comes closest to Jupiter’s center) on July 10 at 6:55 p.m. PDT (9:55 p.m. EDT). At the time of perijove, Juno was about 2,200 miles (3,500 kilometers) above the planet’s cloud tops. Eleven minutes and 33 seconds later, Juno had covered another 24,713 miles (39,771 kilometers), and was passing directly above the coiling, crimson cloud tops of the Great Red Spot. The spacecraft passed about 5,600 miles (9,000 kilometers) above the clouds of this iconic feature. 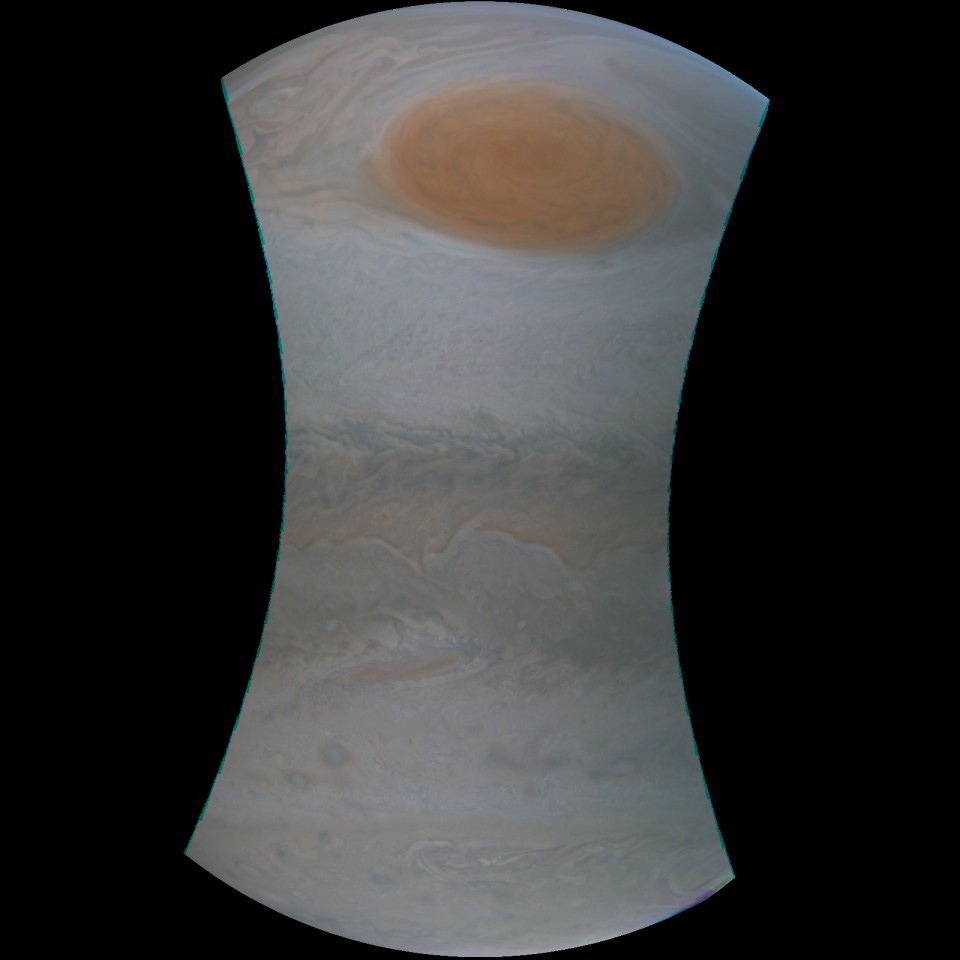 Juno launched on Aug. 5, 2011, from Cape Canaveral, Florida. During its mission of exploration, Juno soars low over the planet’s cloud tops — as close as about 2,100 miles (3,400 kilometers). During these flybys, Juno is probing beneath the obscuring cloud cover of Jupiter and studying its auroras to learn more about the planet’s origins, structure, atmosphere and magnetosphere.

“These highly-anticipated images of Jupiter’s Great Red Spot are the ‘perfect storm’ of art and science. With data from Voyager, Galileo, New Horizons, Hubble and now Juno, we have a better understanding of the composition and evolution of this iconic feature,” said Jim Green, NASA’s director of planetary science. “We are pleased to share the beauty and excitement of space science with everyone.”

JPL manages the Juno mission for the principal investigator, Scott Bolton, of Southwest Research Institute in San Antonio. The Juno mission is part of the New Frontiers Program managed by NASA’s Marshall Space Flight Center in Huntsville, Alabama, for the Science Mission Directorate. Lockheed Martin Space Systems, Denver, built the spacecraft. JPL is a division of Caltech in Pasadena. More information on the Juno mission is available at:

More information on the Great Red Spot can be found at:

More information on Jupiter can be found at: