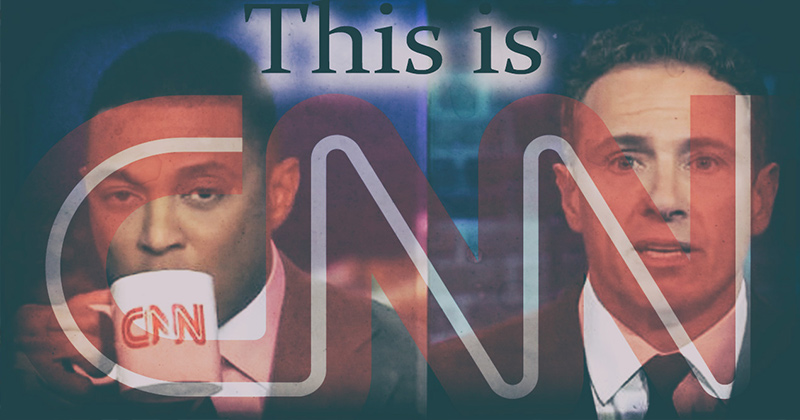 Their rhetoric fuels violent attacks on immigration officials like the one carried out by Willem Van Spronsen in July and the recent shooting at ICE offices in San Antonio, Texas after leftists targeted ICE employees in Florida with threats against their children.

Their reckless contempt for the President of the United States pours over the airwaves, spewing half-baked diatribes and conspiracy theories.

Do you remember when Anderson Cooper actually reported on events rather than vomiting out rhetoric that creates them?

At least Cooper was known for his reporting out in the field.

Anchors Chris Cuomo and Don Lemon are known for their menacing of society.

Cuomo, who recently lost his demeanor on a man that referred to him as Fredo, the weak brother from the Godfather series, is now attempting to play the victim in a half-hearted apology, writing, “This happens all the time these days. Often in front of my family, But there is a lesson: no need to add to the ugliness; I should be better than what I oppose.”

Cuomo may clean up his act in public, but does anyone really believe that will stop him from continuing to push a radical leftist agenda?

Meanwhile, Don Lemon is embroiled in a lawsuit alleging, as the New York Post writes, “A former Hamptons bartender says in a new lawsuit that Don Lemon assaulted him after the CNN host disgustingly fondled himself at a local watering hole.”

As alleged in his complaint, Hice, 38, told The Post, “…..Don gets up, walks around the bar, comes up right up to me and puts his hands down his board shorts. He rubs himself aggressively, his penis and whatever else down there.”

Lemon then “shoved his index and middle fingers in Plaintiff’s mustache and under Plaintiff’s nose,” according to Hice’s suit, which was filed over the weekend.

All in all, under the leadership of Jeff Zucker CNN allows this arrogant behavior to fester and the leftist propaganda machine to spew its biased hyperbole to anyone in its gaze.

CNN’s ratings have continued to plummet.

Down by 38% in the last quarter, the dying mockingbird media dinosaur is running on fumes when it comes to viewers, hoping it can get a boost from the Democratic debate three-ring circus.

But after the antics of Cuomo and Lemon, two of its prominent faces, public opinion will likely shift from indifference into disgust.