Truman approved the creation of a guerrilla army code-named “Nightingale” in Ukraine. Originally setup by the Nazis in 1941, it was made up of ultra-nationalists. They would, as Stone describes, wreak havoc on the “famine-wrecked region where Soviet control was loose, carrying out the murder of thousands of Jews, Soviets and Pols, who opposed a separate Ukrainian state.” The CIA would parachute “infiltrators” into the country as well to further “dislodge Soviet control.”

One group that particularly attracted CIA attention and support was the Organization of Ukrainian Nationalists (OUN), a political-military underground movement that had long fought for Ukrainian independence—first against the Poles in the 1920s when Poland controlled the Ukraine and after 1939 against the Soviets. ‘Though violently anti-Russian, the OUN was itself totalitarian and Fascist in character. as well as anti-Semitic. The Nazis poured money into the OUN after the German invasion of Russia and pretended to support the goal of Ukrainian national independence. In return, a large OUN militia, code-named Nachtigall, or Nightingale, provided local administrators, informers, and killers for the German invaders. Nazi-sponsored OUN police and militia formations were involved in “thousands of instances of mass murders of Jews and of families suspected of aiding Red Army partisans.”

When the Germans were driven out of the Ukraine, many OUN members who had served the Nazis’ police formations and execution squads fled with them, but several thousand retreated into the Carpathian Mountains to fight another day against the hated Soviet government. It was this remaining Nightingale group that fascinated the CIA and was recruited essentially en bloc. To bring its leaders to the United States for training and indoctrination required special bureaucratic exertions, as well as an immigration law permitting the admission of one hundred such immigrants per year, provided the Director of the CIA, the Attorney General, and the Commissioner of the Immigration and Naturalization Service all personally stated that the action was vital to national security.” As one army intelligence officer noted sardonically, one wing of the CIA was hunting Ukrainian Nazis to bring them to trial at Nuremberg, while another wing was recruiting them.

After training in the United States, the Nightingale leaders were parachuted into the Ukraine to link up with their compatriots and to carry out measures of subversion, agitation, and sabotage, including assassination.

[United States Secretary of the Navy and Secretary of Defense James Forrestal] vigorously supported the program and presumably participated in the approval of the basic NSC charters as a member of the National Security Council.

The leader of the Nightingale group was Stepan Bandera.

The leader of the “protests” in February 2014 which ousted the president of Ukraine is a neo Nazi and follower of Stepan Bandera.

In other words, 70 years ago, the U.S. supported the types of fascists who are now in control of Ukraine.

Postscript: Another little known historical fact is that – in 1997 – a former U.S. national security advisor and high-level Obama policy advisor called for the U.S. to take Ukraine away from Russia.

And almost a month before the Ukrainian president was ousted in February, a high-level State Department official – Assistant US Secretary of State for Europe and Eurasia Victoria Nuland, wife of arch Neocon Robert Kagan – announced plans to promote a “new government” in Ukraine. 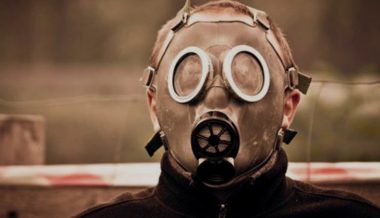