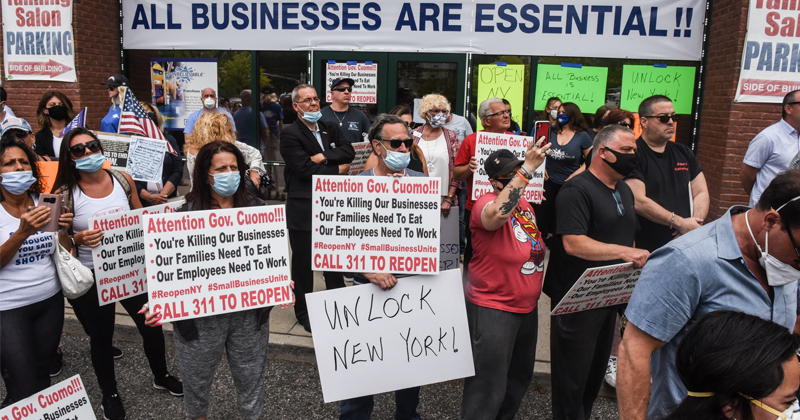 The current U.S. budget deficit could soon exceed a record $4 trillion. The massive borrowing is being driven both by prior budget profligacy and a hurried effort by the Donald Trump administration to pump liquidity into a quarantined America.

The shutdown has left the country on the cusp of a self-inflicted economic collapse not seen since the Great Depression.

Americans may soon have to service a staggering national debt of about $30 trillion — nearly $100,000 of debt for every American.

Democrats and Republicans can blame each other, either for spending too much or for taxing too little, or both. But both sides will agree that managing such an astronomical debt requires several frightening choices.

We are already seeing how the current low interest rates punish those who were thrifty and put away money in savings accounts. Negligible interest rewards those who borrow but forces savers to look for returns in volatile real estate or the risky stock market.

In other words, there would be little interest paid out on the federal debt. The selling point for investors would be that the U.S. at least honors its bonds and debts and is safer than alternative global investments.

America would become a permanent debtor that avoids paying much interest to anyone who lends it ever more money — on the cynical rationale that investors have no other safe place to put their money.

Two, Americans, who are already taxed heavily at the local, state, and federal levels, would simply have to pay even more. Top earners might pay a real tax rate of 60 percent to 70 percent of their incomes to government, with deleterious effects on incentives to create or earn further wealth.

Gasoline prices are at astonishing lows, so some have advocated yet another federal fuel tax increase, a national sales tax, or a wealth tax on the rich. The problem with constant increases in taxation is the ensuing culture of even greater spending that inevitably follows and the destruction of individual incentives.

Three, the government could make draconian cuts in spending, focusing mostly on entitlements such as Social Security and Medicare, along with defense, where the bulk of federal expenditures are found.

Cutting Social Security and Medicare is usually political suicide. In times of growing tensions with China, Russia, Iran, and North Korea, it would equally be foolish to slash defense spending.

Instead, expect some sort of reductions in Social Security benefits for high-income Americans, along with higher Medicare deductibles for everyone.

Four, the government could fall into the bad habits of the 1970s and simply expand the money supply, fuel inflation, and pay down the debt with funny money. We would then likely experience the baleful consequences that a prior generation faced with stagflation and curative but staggeringly high interest rates during the Nixon, Ford, Carter, and early Reagan administrations.

Rather than fooling with interest rates and the money supply, a mixture of increased revenue and spending cuts seems wiser. Yet both are far harder to enact politically than just letting the Federal Reserve Board adjust national liquidity and interest.

Five, the government could hope that new deregulation and more tax incentives might spur GDP growth of 3 percent or more per annum and thus “grow” our way out of deficits by radically expanding the economy. Such optimism is frequently voiced but rarely has prevented large budget deficits.

A decade ago, the bipartisan National Commission on Fiscal Responsibility and Reform, headed by former Republican Sen. Alan Simpson and former Democratic official Erskine Bowles, charted a pathway out of debt. The commission outlined a holistic plan of gradual cuts and revenue increases. Its wise recommendations found little to no political support.

In the first two decades of the 21st century, the United States has faced three existential crises. The first was the 9/11 terrorist attack on the World Trade Center and the Pentagon, which prompted a global effort to fight radical Islamic terrorism. The second occurred in 2008 when the U.S. financial system and stock market nearly collapsed. The third began earlier this year with the COVID-19 epidemic and quarantines that reduced the economy to its most shaky state since the 1930s.

During the first two crises, we snapped back the economy with low interest rates, increased government spending and larger annual deficits — and passed the greater long-term debt to another administration, another Congress and another generation of Americans.

We are postponing another rendezvous with reality. But as we near $30 trillion in debt, what cannot go on much longer soon probably won’t.