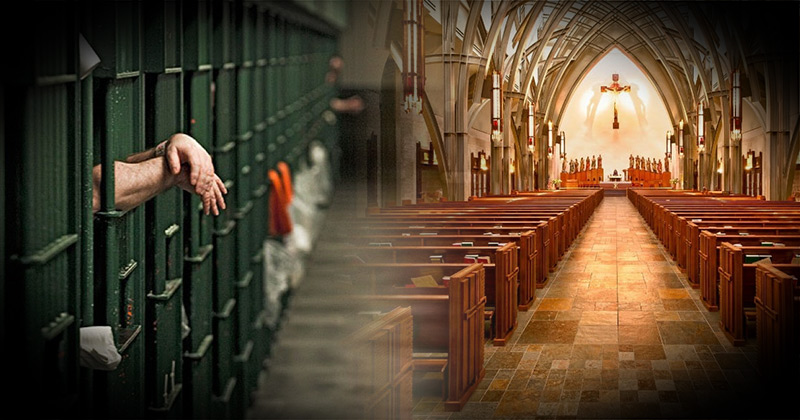 As states throughout the nation release dozens of violent criminals, some lawmakers are cracking down on religious leaders defying “stay at home” orders by hosting church services.

On Friday, California’s Democrat Governor Gavin Newsom announced he’d be commuting the sentences of 14 felons convicted of murder or being involved in a murder.

To make things worse, four of the victims were children and one was a pregnant woman.

“Eight sex offenders, three of which were convicted for raping children, were released in the state of New York as a statewide initiative led by Governor Andrew Cuomo (D) to empty prisons in fear that inmates will contract the Chinese coronavirus,” according to Breitbart.

In an example of how a Republican Governor dealt with a similar situation, Texas’ Greg Abbott issued a proclamation Saturday “preventing the release of dangerous criminals from prisons and jails.”

After two of the state’s largest county jails confirmed several cases of COVID-19, Abbott released the Executive Order to protect Texans in the event prisoners are freed amid the pandemic.

We want to prevent the spread of #COVID19 among prison staff & inmates.

But, releasing dangerous criminals in the streets is not the solution. #txlege #coronavirus pic.twitter.com/GEEB4icIUj

In addition to releasing violent criminals, many states, counties and cities have ordered gun shops to close, leaving citizens unable to purchase weapons for self-defense.

Thankfully, the DHS countered these unconstitutional statutes by declaring firearms manufacturers and retailers “essential businesses” in a document on “The Essential Critical Infrastructure Workforce,” updated on Saturday.

But don’t worry, as rapists and murderers are let loose and governments block law-abiding citizens from purchasing firearms, preachers are being arrested for gathering to worship God.

Pastor Rodney Howard-Browne, an Infowars guest and friend of Donald Trump, was charged with unlawful assembly and violation of public health rules after disobeying Hillsborough County, Florida’s social distancing orders and turned himself in to a Sheriff’s office on Monday.

Asst. Chief of Police Darren Sibley of the Central Police Department in Louisiana told NBC News the summons is considered an arrest that Spell was cooperative when being fingerprinted at his church on Tuesday.

“He signed the summons, he gave us his fingerprint, he prayed for us,” Sibley said. “It was a very non-confrontational meeting.”

As hundreds of people gather at grocery stores around the country, churches are condemned for doing the same thing, and as pastors are villainized by the media for hosting weekend church services, rapists and murderers are liberated without protest.