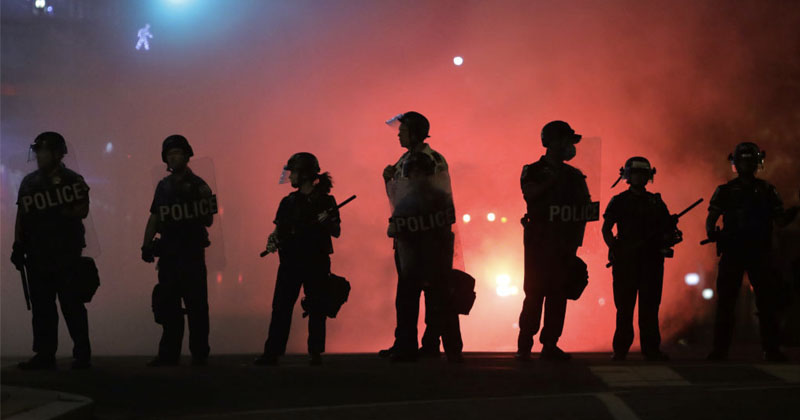 A night of widespread social unrest unfolded across dozens of major US cities on Saturday night. Violent clashes between protesters and police were seen, police vehicles and government buildings were lit on fire, businesses were also looted, and some were even torched following the death of George Floyd, a black man who died in police custody in Minneapolis on Monday (May 25).

What started as mostly peaceful protests in Minneapolis on Tuesday (May 26), quickly spiraled out of control into some of the worst social unrest this county has ever seen. By Wednesday evening (May 27), peaceful demonstrations spread to other major US metros, and almost immediately, violence erupted in the streets, and communities were transformed into warzones in a matter of hours.

By Sunday (May 31) — the nation is burning, it’s time for President Trump to address the country, and stop pretending how everything is awesome for election year purposes.

The nation, at the moment, is imploding, the economy has crashed, 40 million unemployed, Floyd’s death was merely a trigger for the social unrest, as it is clear, the working-class poor (experiencing the worst wealth gap in modern history) are angry, broke, and jobless in the “greatest economy ever,” as their only hope to be heard is through rioting.

While burning businesses and harming human life is by no means a sufficient response to voice one’s frustrations of a failed system or a failed American social experiment that is quickly collapsing on itself, it has been the undeniable path many have taken in the last week.

The riots in Ferguson (2014) and Baltimore (2015) were just the appetizers of today’s social unrest, the full course meal has yet to come, although we could be in the early chapters of it.

As a result of the chaos, lockdowns are beginning, and this time not for virus-related reasons, as curfews were enacted in two dozen cities and National Guard has been activated in 12 states and the District of Columbia this weekend. Policy response on a state and federal level suggests the next card that the government could play is martial law or a variant form of it.

Most important riot headlines from the overnight:

Top riot scenes from the overnight:

An explosion was seen near the White House.

Developing from near the White House. pic.twitter.com/dcCNQmTfPd

Currently at the White House pic.twitter.com/6DTRbFAqo6

Protest steels AR-15 rifle from a police car, then is quickly snatched by, what is likely, an undercover cop.

So many undercover cops inside the protest / Riots pic.twitter.com/mJM3AIPBCu

NYPD police car pushes people out of the way.

The police riot across the United States after one of their own murders an innocent black man pic.twitter.com/n7BTNAedYD

Coast to coast — scenes of chaos across America.

George Floyd riots spiral out of control as violence erupts across the country for a fifth day https://t.co/cYq7auOrgb pic.twitter.com/JZ47t4DsGO

Vicious beating of a man during the Dallas riots.

Looters ran at him, then he charged rioters

I called an Ambulance and it’s on the way pic.twitter.com/kFxl3kjsBC

Looters across the country ransacked many retail stores — here’s a Nike store robbed of all its shoes.

I no longer feel any compassion or sympathy for the “outrage” that sparked the riots. It’s gone now.
At a certain point you have to wonder if these ppl are HOPING something like George Floyd will happen so that they CAN do this. pic.twitter.com/07XwPiX45c

Protester sings: “I don’t know what y’all been told, this racist shit is getting old.”

Chaos on the streets of Los Angeles.

WATCH LIVE: Police vehicles are on fire, as protests continue in the LA area. https://t.co/sdJnPr4jDD pic.twitter.com/Er28ThjWVp

The government’s attempt to thwart social unrest during an economic depression was the deployment of helicopter money, i.e., Trump stimulus checks, while that move has widely failed in the last week, the next card is already being played: activate the National Guard across the country. Unrest will likely spill over into next week.

Action 7 documents the violent protests that have hit Austin, TX in response to the death of George Floyd.