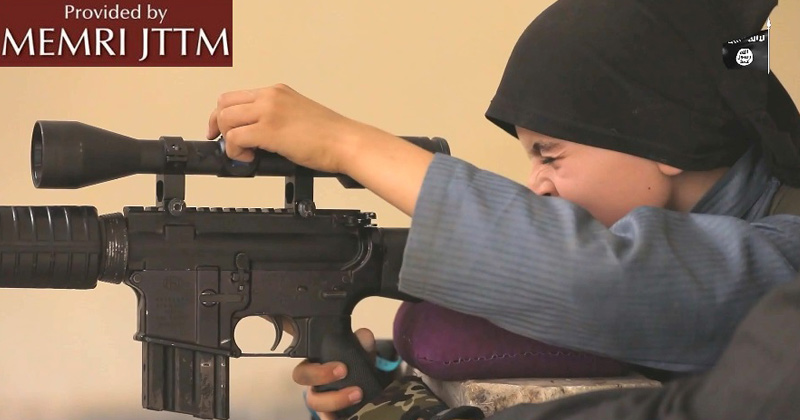 Identified only as Yousef, the child warns the president from the terror group’s de-facto Syrian capitol of Raqqa that the fighting will “end in your lands.”

“My message to Trump, the puppet of the Jews: Allah has promised us victory and promised you defeat,” Yousef says in video obtained by the Middle East Media Research Institute (MEMRI). “This battle is not going to end in Raqqa or Mosul. It’s going to end in your lands. By the will of Allah, we will have victory, so get ready, for the fighting has just begun.”

The seven-minute video depicts a drone flying over what appears to be Los Angeles and ISIS fighters potentially preparing to battle coalition forces in Raqqa.

“This city has scared the whole world because the Muslims who live in it have learned the meaning of jihad and have established the rule of Allah,” Yousef says of Raqqa. “Because of this, all the nations in the world who are led by America have gathered to scare us away from what we have established.”

The English-speaking boy, who says his father is an American soldier who served in Iraq, claims to have traveled to Syria two year ago with his mother “from the land of kufr (unbelief).” 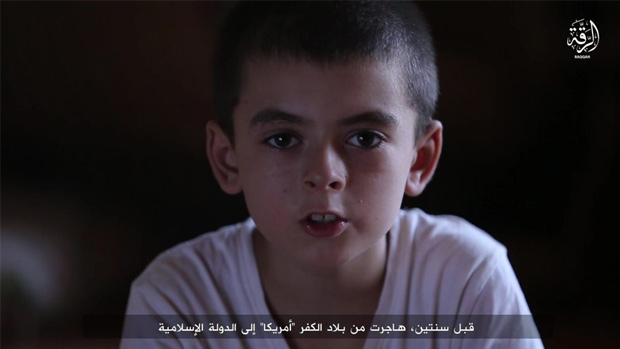 “We are not scared of their planes, because we know they don’t fly except by the rule of Allah,” Yousef continues.

Yousef is also seen reading from the Qur’an in Arabic, holding a rifle and walking through the desolate city with a 7-year-old Yazidi boy named Abdullah, who claims to have been taken by the terror group from Sinjar, Iraq. 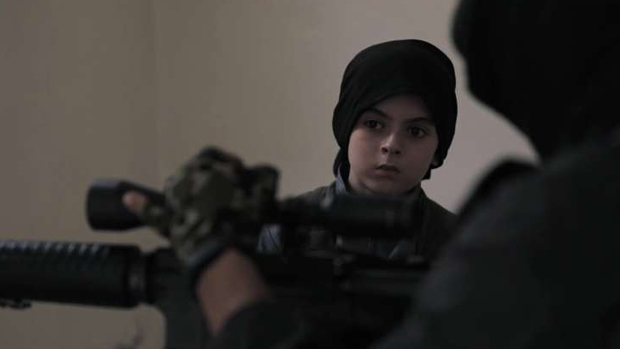 The boy appears to be the first American child ever featured in an ISIS video. Laith Alkhouri, a researcher with security firm Flashpoint, tells NBC News that the video is likely an attempt to depict ISIS as in control of Raqqa despite coalition forces taking more territory every day.

“ISIS wants the world to believe that life in Raqqa is stable and that it can protect the people it proclaims to represent,” Alkhouri said. “The fact is, life in Raqqa is dangerous and brutal, and ISIS’s control over there is diminishing by the day.”

Trump declared last month that ISIS is “falling fast” prior to a national security briefing at the Pentagon.