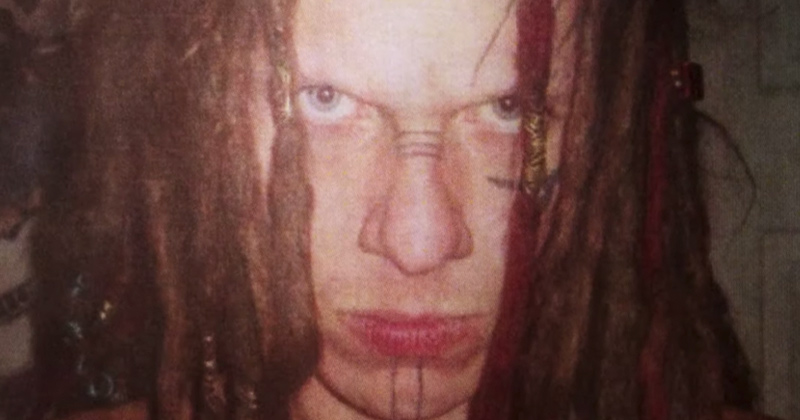 The former best friend of a self-proclaimed Satanist who brutally murdered two men and buried them in his backyard is speaking out about his ex-companion’s evil ways.

The friend, Matt Flowers, said 31-year-old murder suspect Pazuzu Ilah Algarad “wanted to be a demon,” and that he changed his name to Pazuzu in homage to the demon from the movie “The Exorcist.”

In 2014, Algarad was charged with first-degree murder and with helping to bury another dead man after the remains of two men were found in the backyard of his Clemmons, North Carolina home.

The deceased men, Joshua Wretzler and Tommy Welch, were both drifters who went missing in 2009.

The horrific tale has even reached national television, with a new Viceland documentary called “The Devil You Know” focusing on Algarad’s case.

However, the case never made it to trial as Algarad committed suicide in jail in 2015.

Upon learning about the suicide, Flowers said, “Pazuzu had always told me he would kill himself if he ended up in jail and couldn’t do his rituals each month on the dark moon.”

“He spoke about it in such detail, all the different ways he would do it. Pazuzu filed his teeth down to points with a Dremel tool – he told me he would gnaw his finger to the bone then stab an artery with it,” Flowers told DailyMail.

Sure enough, Algarad’s autopsy shows he suffered a puncture wound over an artery on his left forearm and died from blood loss.

Flowers explained Algarad’s desire to become a demonic entity, saying, “I think he wanted to be a demon and he came as close to being one as any human being could.”

Only 17 when he met Algarad, Flowers simply thought the warped, taboo behavior he witnessed was normal rebellious conduct.

Sheriff’s officers who entered Algarad’s home in 2014 had to fight through piles of garbage and animal and human waste, but Flowers claims the house wasn’t always in such a state.

See bodycam footage of the house in the video below:


“The house really wasn’t that bad at the start. It wasn’t like the cleanest but it wasn’t the hell house it became,” he said.

Although, “There was always one room – the backroom – that was totally off limits,” Flowers admitted.

“Pazuzu wouldn’t let anyone go there and the basement was always pretty disgusting. I didn’t go down there. But the rest was just like, a party house.”

In retrospect, Flowers concluded, “it seems obvious now that he had mental health issues.”

In 2008, Flowers joined the Army and was deployed to Iraq.

Following his tour, Flowers left Kuwait and moved to Washington state where he got back in touch with a former girlfriend named Daisy.

Daisy, a former friend of Algarad’s girlfriend Amber Burch, confided in Flowers and told him she helped Burch and Algarad bury a body in Algarad’s backyard.

Flowers, who went on to marry and divorce Daisy, notified police via an anonymous tip that there was a body buried in Algarad’s yard.

Police went to the house and asked to look in the backyard, but Algarad simply told them “no” and they never came back.

Flowers even claimed he told Algarad he was the one who called the cops and that he kept hanging out with him, because he “wanted to keep an eye on what he was doing,” and “didn’t want him hurting people.”

Algarad and his girlfriend Burch would sacrifice rabbits and smear their blood on their bodies in front of an altar located in the front room, according to Flowers.

In 2010, Algarad was arrested and charged as an accessory to the murder of a legally blind man, but only received two years of probation.

At some point, Flowers became enraged with Algarad after he asked him to help kill a man and threatened to rape any woman who Flowers brought to the house.

Flowers smashed Algarad’s head against a cabinet, but he seemed to enjoy the pain, saying, “That’s why I love you brother.”

Next, Flowers snapped upon learning from multiple people that Algarad had raped a soldier.

“That’s when he became my enemy. I went round with another guy and we went round to kill him,” Flowers reminisced.

Flowers knocked Algarad out and stomped on his face with his boot, but said he couldn’t kill him.

Flowers once again went to the police following the attack and gave them details of where the body was buried and told them, “I’m giving you one week and if you don’t do something I will.”

His plan was to sneak into Algarad’s house and shoot him with a shotgun before turning himself in, but three days later the Forsyth County Sheriff’s Department executed a search warrant on the home.

Looking back, Flowers said, “I think Pazuzu knew the difference between right and wrong. I just can’t say for sure why he chose wrong.”

This terrifying account is a prime example of the direction America is heading as Satanism and demonic behavior is becoming increasingly normalized.