Army vet who fought alongside Al-Qaeda arrested by FBI

The father of U.S. Army veteran Eric Harroun, arrested on Tuesday night by the FBI for fighting alongside an Al-Qaeda group in Syria, says his son was working for the CIA.

As we previously reported, in January Harroun slipped into Syria to link up with Jabhat al-Nusra, the Al-Qaeda group that killed U.S. troops in Iraq and is now the leading front line fighting force in Syria, commanding the other rebel groups. Despite being listed as a terrorist organization by the State Department back in December, 29 different US-backed Syrian opposition groups pledged their allegiance to the group.

Harroun was arrested by FBI agents at a hotel near Washington Dulles International Airport in Virginia on charges of using a rocket propelled grenade launcher on behalf of an Al-Qaeda-affiliated group in Syria.

Harroun’s father Darryl Harroun told reporters yesterday his son was “very patriotic” and would never join up with Al-Qaeda, a somewhat deluded claim given that Harroun appears in numerous videos with al-Nusra terrorists in which he brags about helping them take down a military helicopter. Harroun also admitted to FBI agents that he had shot at least 10 people.

However, Harroun’s father let slip what probably represents the key to the entire story when he said, “I know he was doing some work for the CIA over there,” adding, “I know for a fact that he was passing information onto the CIA.”

The CIA’s involvement in aiding, training and equipping rebel insurgents in Syria is no secret. Last week, the New York Times reported how the CIA had worked with Turkey and other Arab governments in the region to oversee a, “secret airlift of arms and equipment for the uprising against President Bashar al-Assad.”

Harroun’s CIA connection and his role in fighting alongside Jabhat al-Nusra further confirms the fact that the agency is supporting and even steering the actions of radical terrorists in Syria who have carried out suicide bombings and other attacks targeting schools, universities, as well as engaging in numerous other atrocities such as chemical weapons attacks, torture and gruesome beheadings.

Rebels have also ransacked Christian churches, tortured Christians as part of sectarian reprisals, and have been caught on tape burning US flags, chanting anti-American slogans and singing the praises of Osama Bin Laden while glorifying the 9/11 attacks.

The fact that Harroun was arrested by FBI agents despite apparently working for the CIA most likely reflects on the inter-agency rivalry between the two organizations. Before 9/11, an FBI investigation into the Bin Laden family and other terrorists that if seen through may have prevented the attacks was stymied by the CIA itself.

Another American who fought alongside Al-Qaeda terrorists in both Libya and Syria, Matthew VanDyke, recently returned to the United States and gave lectures in Washington DC earlier this month. VanDyke admitted that he originally wanted to join the CIA but later became a self-described “freedom fighter”.

Harroun’s story underscores the hypocrisy of US foreign policy in Syria. While America and numerous other NATO countries are openly supporting Al-Qaeda extremists in Syria as part of an effort to impose regime change, as soon as those militants return home they are arrested as terrorists. Britain has also arrested numerous citizens on their return to the UK from Syria despite simultaneously pushing to arm some of the very same terrorists in Syria. 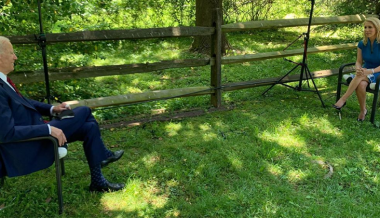