Once again, the U.S. government is attempting to police the world when it should be policing its own law enforcement agencies. 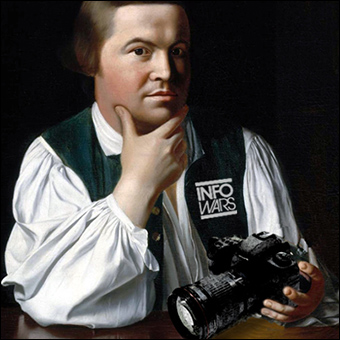 We’ve got a warship cruising the Black Sea, fighter jets patrolling the Baltic skies, and a guided-missile destroyer searching the South China Sea for the downed Malaysia Airlines flight. All the while, back home in the U.S., our constitutional rights are going to hell in a hand basket, with homeowners being threatened with eviction for attempting to live off the grid, old women jailed for feeding crows, and citizens armed with little more than a cell phone arrested for daring to record police activities.

Robin Speronis now finds herself threatened with eviction from her own Florida home for daring to live off the grid, independent of city utilities such as water and electricity. City officials insist the Cape Coral resident’s chosen way of life violates international property maintenance code and city ordinances. Mary Musselman, also a Florida resident, is being held in jail without bond for “feeding wild animals.” The 81-year-old Musselman, on probation after being charged with feeding bears near her home, was arrested after officers discovered her leaving bread out for crows. Meanwhile, Brandy Berning of Florida was forced to spend a night in jail after recording her conversation with an officer who pulled her over for a routine traffic stop.

Welcome to the farce that passes for law and order in America today, where, as I point out in my book A Government of Wolves: The Emerging American Police State, crime is low, militarized police activity is on the rise, and Americans are being penalized for living off the grid, feeding wild animals, holding Bible studies in their back yard, growing vegetables in their front yard, collecting rainwater, and filming the police.