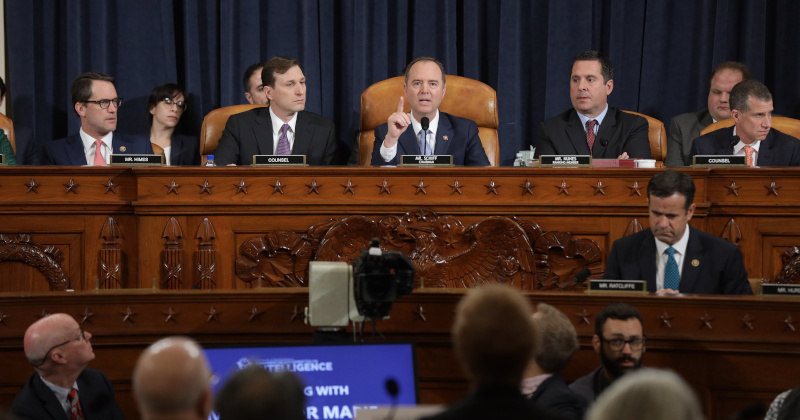 The Democrats are desperately trying to remove President Donald Trump from office or at least win back the presidency in 2020.

Yet, all their efforts are seemingly having the opposite effect, former congressman Ron Paul told RT.

Under the present circumstances, the impeachment would be a “total negative for the Democrats” as it would be “squelched in the Senate,” even if the Democrat-majority House approves it, Paul said on Tuesday.

More importantly, the whole process is apparently losing steam because people are “sick and tired” of the latest of many attempts to impeach Trump.

“There is less enthusiasm for impeachment now than it was a week or so ago,” Paul said.

Support for Adam Schiff (D-California), who chairs the House Intelligence Committee and is leading the inquiry against Trump, is falling, Paul said. Schiff has seen even some fellow Democrats abandoning his cause, because they simply got “tired of all this mess.”

“Democrats are in a bind on what to do about this,” the former congressman from Texas said, adding that if they drag this process further they might eventually end up hurting only themselves. “I believe they are losing this argument.”

The recent public hearings were a prime example of how the Democratic control over the whole process weakened the party’s own positions, according to Paul, because more people are looking at it and saying, “It is not quite fair, it is not right.”

According to Paul, there is no upside in this process for either Democrats or Republicans, locked as they are in a turf war instead of dealing with real issues that America is facing.

“I do not think that we are dealing with those kinds of problems but there is a lot of grandstanding and political chicanery going on between the two political parties.”

He believes that Congress and the executive branch would do better to focus on things like foreign policy, which he described as “poor.”