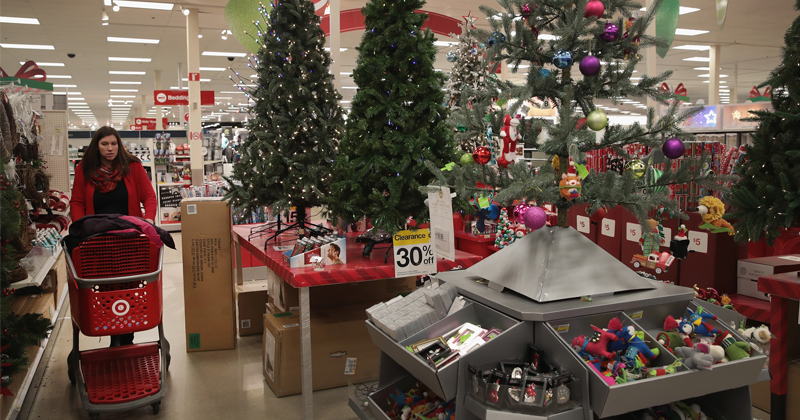 American consumers are still propping up the economy spending money they don’t have. But how long can it last?

After a slowdown last month, consumer borrowing jumped again and set another new record in October, according to the latest data released by the Federal Reserve.

The Federal Reserve consumer debt figures include credit card debt, student loans and auto loans, but do not factor in mortgage debt.

After falling in August and holding steady in September, revolving credit – primarily credit card debt – increased by $7.9 billion in October, an 8.8% increase. Americans now owe $1.09 trillion on their credit cards.

Non-revolving credit, primarily made up of student loan and auto loan debt, grew by 4.3% to a total of $3.08 trillion.

Mainstream pundits generally view increasing levels of consumer debt as good news. After all, the economy depends on Americans buying things. A MarketWatch report on October’s debt report noted that “consumers remain the key to the economic outlook given the sluggish business spending.” The thinking is that consumer confidence leads to higher levels of borrowing and that’s good for the country’s economic prospects.

But Peter Schiff has taken a different view. He has said rising levels of debt could be a sign the economy isn’t as robust as pundits keep telling us.

Given the cost of carrying a high credit card balance, most people who do so do it because they don’t have a choice.

“They don’t have the money. They can’t afford to pay the credit card bills when they come. And so all they do is pay the absolute minimum that you’re allowed to pay, and that means the balance never goes down. And so the fact that you’re seeing this surge in credit card debt, I don’t think that indicates the economy is good. I mean, some people think, ‘Oh yeah, when the economy is booming, people are more apt to go buy stuff.’ Yes. But not on credit. They’re more apt to buy stuff with their higher income, buy stuff that they can afford. If credit card debt is going up, it’s generally a sign that the economy is weak. People are desperate. They’re trying to make ends meet. The cost of living is going up faster than people’s paychecks. So, they are briding the difference using the only lifeline available to them – credit cards.”

The question is how much money can American consumers borrow before the bubble pops? In effect, consumers are taking from the future to spend in the present. Whether driven by confidence or desperation, debt-fueled spending can’t go on forever. Credit cards have this inconvenient thing called a limit. What happens when the future arrives? Every dime borrowed eventually has to be paid off.

During a recent appearance on RT Boom Bust, Peter took on this notion that the US consumer has never been in better shape.