McDonald’s latest results confirm that something is very much amiss on the consumer side. Total global revenue grew only 1% Y/Y, including new store launches and acquisitions.

However, as has been the pattern since 2012, US comparable store sales lagged markedly. The rate of contraction in Q1 was actually the worst in more than a decade. Even if you believe that the cold and snow of January and February played a role, it could not have explained that comparison. There is simply no way that anything other than consumer exhaustion can create the chart above.

One need only glance at the revenue history of companies in the S&P 500 to see that in full effect. If McDonald’s persistent travails are limited to the company, or even the fast food industry, there is no way that the revenue pattern for MCD would so match closely that of the entire S&P 500. The commonality screams macro. Current projections for the first quarter add up to about 2.5% revenue expansion across S&P 500 companies, but, as last quarter showed, that is likely overly optimistic (fourth quarter revenue was believed to be expanding at near 3% at the outset of earnings season in January 2014, only to be revised lower to almost 0%).

In comparison to the pre-collapse portion of the Great Recession, current results are much worse. The first nine months of 2008 were incorporated into a technical recession, though I wonder how much of the last three months of that year and the first three months of 2009 have colored people’s recollections and skewed perceptions about what a recession might look like. The second phase of that event, utter collapse after the panic, is not likely to be repeated without financial threat and ruin of similar proportion. We should not expect similar downfall proportions (particularly factoring the preposterously weak “recovery” thereafter). That puts a spotlight on the comparisons with the first phase, which in its own right would have been the worst recession since 1982.

At the time, it was assumed that the economy was experiencing a “muddle”, though that was not the term used then. If you go back and read contemporary commentary, particularly from the orthodox cohort, that is exactly the narrative that was being formed (regardless of actual data).

YELLEN. The strong incoming data on spending eased my fears that we are in or are approaching a recession regime of the sort embedded in the last two Greenbooks. However, given the numerous large and worsening drags on spending, a couple of months of data aren’t enough to convince me that we are on a solid trajectory…

Janet Yellen’s comment above, from June 2008, sounds no different than what is being said right now. What looked like “drags” on tepid growth trajectories was, at that moment, something worse – and would only grow far, far more destructive further on.

If there is one striking difference between then and now, it would have to be the evident bifurcation and stratification of economic station. There is a very narrow channel into which financial and asset inflation is fostering the impression of economic activity on the mend (autos, mostly, now that housing is in reverse). However, these results shown here conclusively dismiss any and all ideas that expect such narrow benefits to be the catalyst for more widespread economic revival. In fact, what we see, particularly in the comparisons to the first phase of the Great Recession, is that such doctrine of asset inflation and the “wealth” effect are wholly incorrect toward this updated “trickle down.”

As is the case with so many other data points, there is clearly no imprint of QE 3&4 anywhere to be found. This is the only place where monetarism has been outwardly “successful”, though I sincerely doubt it will be styled as such at some point in the future. 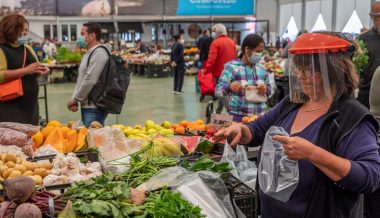