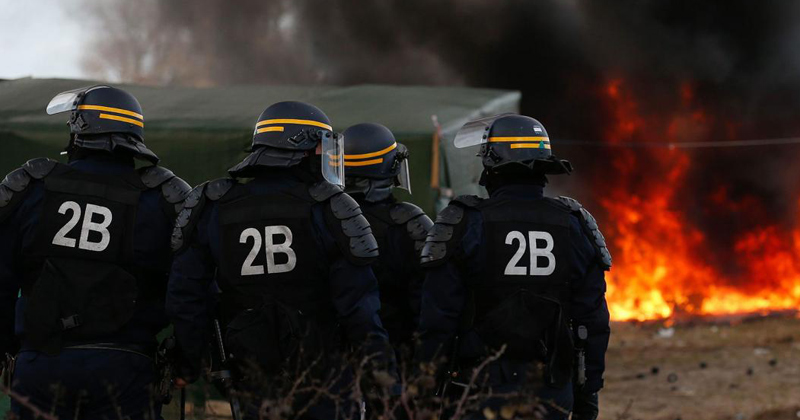 A turf war between Muslim migrants has erupted in Paris, France, turning once bustling tourist attractions into violent ghettos.

Violent groups of migrants are swinging at each other with makeshift bats and other melee weapons in a battle for the most lucrative public areas to set up makeshift camps.

The situation in Paris is so bad that even the New York Times, which is favorable to unchecked migration, is now reporting on the Muslim tent cities taking over affluent neighborhood streets.

Many of these migrants aren’t even from war zones in Syria; they are largely Africans and Afghans taking advantage of the nearly unlimited welfare Western countries give to illegal immigrants.

And what you saw in the videos could happen soon in America, especially if Hillary Clinton enters the White House.

The Obama administration has already accepted over 13,000 Muslim migrants in 2016, an increase of 675% from the previous year.

Clinton has already endorsed Obama’s immigration policies – and even suggested increasing immigration from Middle Eastern war zones, despite ISIS already admitting it was taking advantage of the situation to sneak into the West to launch attacks.

On the other hand, Russian president Vladimir Putin warned that the West has “no future” if they continue catering to these migrants.

“It doesn’t fit into my head what on earth they’re thinking over there,” he said. “This is the result of the dilution of national values.”

“I can’t even explain the rationale – is it a sense of guilt before the migrants? What’s going on? It’s not clear.”

“But a society that cannot defend its children today has no tomorrow, it has no future,” Putin added, referring to the recent rape of a 10-year-old Austrian boy by an Iraqi migrant.