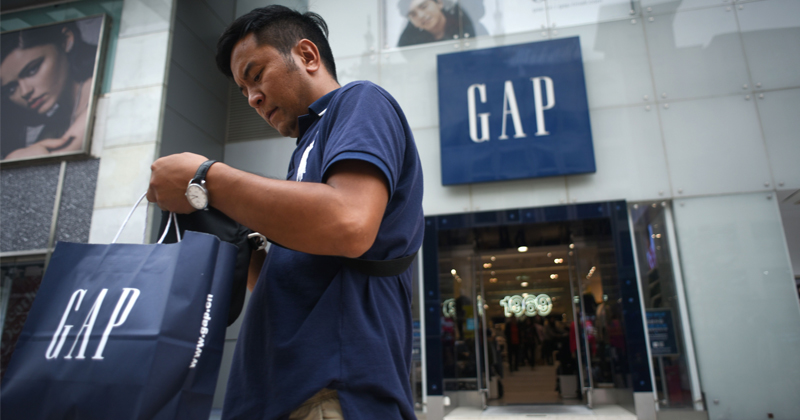 Largely shafted by the stimulus bills as Democrats tried to prevent any federal money from going to “Trump’s real-estate friends”, landlords have grown so desperate for revenue that they’re resorting to extreme and potentially burdensome tactics, like taking tenants to court to try and squeeze more blood from a stone.

Simon Property Group, one of the biggest – if not the biggest – mall operator in the US, us suing GAP, one of its largest tenants, claiming the retailer failed to pay more than $65.9 million in rent and other charges due during the coronavirus pandemic.

CNBC, which brought us the story, says the battle is unfolding in a Delaware state court. The lawsuit “highlights the mounting tension between retail landlords and their tenants, many of which stopped paying rent after the crisis forced them to shut stores.” It was filed on Tuesday. And a reporter at CNBC was apparently told to “expect more” lawsuits, apparently by somebody at SPG.

That GAP hasn’t been paying rent isn’t a surprise; the company shared its plans to stop paying rent and other monthly expenses with shareholders, savings that it projected would put $115 million a month in GAP’s coffers. In total, SPG’s malls have 412 GAP stores, which makes GAP – and its Banana Republic and Old Navy brands – as one of the company’s biggest “in-line” tenants.

And GAP warned its shareholders about the prospects for litigating stemming from this decision back in April.

Gap also warned in late April that litigation could arise as a result of its skipped payments. “Although we believe that strong legal grounds exist to support our claim that we are not obligated to pay rent for the stores that have been closed…there can be no assurance that such arguments will succeed,” the company said in a filing with the Securities and Exchange Commission at the time.

SPG CEO David Simon said his company still expects to be paid for the months those stores were closed, payments that would be a massive burden on GAP, which is already allowing burdensome debt service to eat into profits.

“The bottom line is, we do have a contract and we do expect to get paid,” he told analysts during a May 11 earnings conference call.

While April was a bad month for CMBS delinquencies, May was even worse. According to data provided by Trepp from earlier in the week, we showed that the delinquency rate in May logged its largest increase in the history of the metric since 2009. The reading was 7.15%, a jump of 481 basis points over the April number. What’s more, nearly 5% of that number is represented by loans in the 30-day delinquent bucket.

In May the Delinquency Rate logged its largest increase in the history of this metric since 2009. The May reading was 7.15%, a jump of 481 basis points over the April number. Almost 5% of that number pertains to loans in the 30-day delinquent bucket, meaning that the jump in delinquencies is being largely driven by the coronavirus-inspired deterioration in economic conditions. More bankruptcy data released Monday found bankruptcies jumped nearly 50% year-over-year in May.

To be sure, the data included some highlights: given that about 8% of loans had missed payments for the April remittance cycle (in the grace period), the fact that delinquencies climbed less than 5% has to be viewed as a small “win.” Either that, or the backlog in delinquency reporting might be larger than we suspect.

Whatever the case may be, it appears that “win” won’t last, and will be reversed next month, when the delinquency rate hits double digits as about 7.61% of loans (by balance) missed the May payment but remained less than 30 days delinquent (i.e., within the grace period).

Be it commercial or residential, landlords in the US have largely been left holding the bag for the country’s economic losses, as Democrats weeded out details in stimulus bills that would help alleviate the financial pain for ‘all the president’s friends in real estate.’ Of course, small-time landlords are the ones who’ll likely suffer the most. As we reported a couple of weeks ago, the stage is set for a “bankruptcy tsunami”.

As for speculation about the outcome, we suspect this is one of those court battles where both sides lose. As one Twitter wit pointed out…

Like watching drunk hobos fight over a half-eaten sandwich at 3am. pic.twitter.com/0xLWvavaH3