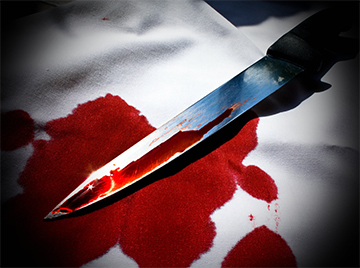 On March 29, 2009, Robert Stewart, 45,  stormed into the Pinelake Health and Rehab nursing home in Carthage, North Carolina and opened fire, killing eight people and wounding two. Stewart’s apparent target was his estranged wife, who worked as a nurse in the home. She hid in a bathroom and was unharmed. Stewart was charged with eight counts of first-degree murder; if convicted, he could face the death penalty. Even though there was evidence that Stewart’s actions were premeditated (he allegedly had a target), Stewart’s defense team successfully argued that since he was under the influence of Ambien, a sleep aid, at the time of the shooting, he was not in control of his actions. Instead of the charges sought by the prosecutors, Stewart was  convicted on eight counts of second-degree murder. He received 142 – 179 years in prison.

Ambien, a member of the class of medications known as hypnotics, was approved by the FDA in 1992. It was designed for short term use to combat insomnia and was a welcome change from the prevailing sleep aid at the time, Halcion, which had been  implicated in psychosis, suicide, and addiction and had been banned in half a dozen countries. Ambien works by activating the neurotransmitter  GABA and binding it to the GABA receptors in the same  location as the benzodiazepines such as Xanax and Valium. The extra GABA activity triggered by the drug inhibits the neuron activity that is associated with insomnia. In other words, it slows down the brain. Ambien is extremely effective at initiating sleep, usually working within 20 minutes. It does not, however, have an effect on sustaining sleep unless it is taken in the controlled release form.

Although the Ambien prescribing information warned, in small print, that medications in the hypnotic class had occasional side effects including sleep walking, “abnormal thinking,” and “strange behavior,” these behaviors were listed as extremely rare, and any anecdotal evidence of “sleep driving,” “sleep eating,” or “sleep shopping”—all behaviors now associated with Ambien blackouts—were characterized as unusual quirks, or attributed to mixing the medication with alcohol. It wasn’t until Patrick Kennedy’s 2006 middle-of-the-night car accident and subsequent explanation to arriving officers that he was running late for a vote that the bizarre side effects of Ambien began to receive national attention. Kennedy claimed that he had taken the sleep aid and had no recollection of the events that night. After its approval, Ambien quickly  rose to dominance in the sleep aid market. Travelers swore by it to combat jet lag, and women, who suffer more insomnia than men, bought it in droves. Sanofi, Ambien’s French manufacturer, made $2 billion in sales at its peak. In 2007 the generic version of Ambien was released, Zolpidem, and at less than $2 per pill, it still remains one of the most prescribed drugs in America, outselling popular painkillers like Percocet and prescription strength ibuprofen.