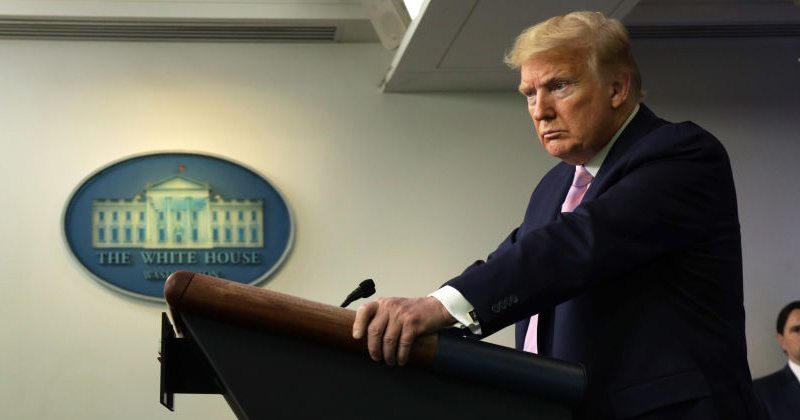 Democratic governors on both the East and the West Coasts control major US ports and could keep them closed once President Trump tries to reopen the US economy.

As Infowars predicted April 2, coronavirus lockdowns will be lifted regionally, with certain parts of the US reopening for business while others remain partially or even completely closed.

And, interestingly, six northeast governors, all Democrats, have started a council on Monday to coordinate their economic actions.

“Speaking on a conference call, the governors of New York, New Jersey, Connecticut, Pennsylvania, Delaware and Rhode Island agreed that it was essential to work together in developing plans to reopen businesses, schools and public transportation after weeks on lockdown,” Politico reported. “Several hours later, Massachusetts Gov. Charlie Baker announced that the commonwealth will join the group.”

And on the West Coast, a similar council has formed between the Democratic governors of California, Oregon and Washington.

“In the coming weeks, the West Coast will flip the script on COVID-19 – with our states acting in close coordination and collaboration to ensure the virus can never spread wildly in our communities,” states a press release from Washington Gov. Jay Inslee. “We are announcing that California, Oregon and Washington have agreed to work together on a shared approach for reopening our economies – one that identifies clear indicators for communities to restart public life and business.”

Altogether, these governors control around half of the top 30 US ports ranked by imports.

“The three step plan seems predictable: (1) Get out ahead of President Trump. (2) Defy the ‘all clear’ and shape economic benefit to their political allies. (3) Then use Fauci’s upcoming dossier to hit the administration for heartlessly opening the economy too early,” according to the Conservative Treehouse.

That said, given that US ports are highly dependent on federal funding and infrastructure, President Trump might have some leeway in keeping the ports open, especially if they’re deemed essential for national security.

But more interesting, the council between governors could run afoul of Article I, Section 10 of the Constitution, which states that no state may “enter into any agreement or compact with another state.”