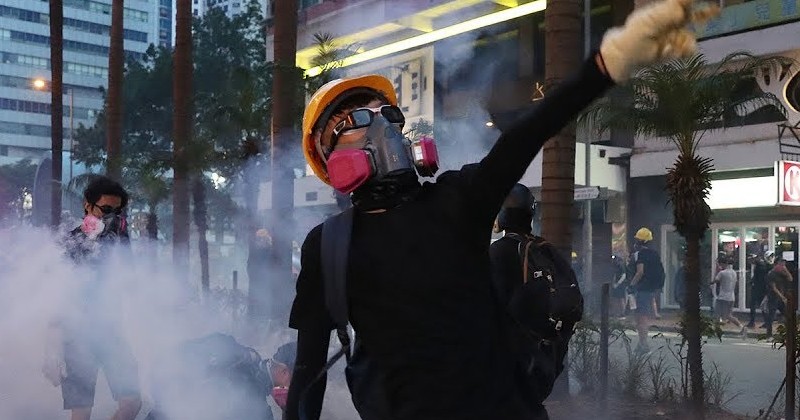 Strategist David Roche says the months long protests in Hong Kong will be settled or “crushed” before October 1, the 70th anniversary of China’s National Day.

Roche said the crisis was a huge issue for China’s economy because “any intervention (from Beijing) to Hong Kong will be immediately, umbilically, linked to what happens to trade talks and international relations globally.”

The analyst also predicted that the escalating crisis in Hong Kong would negatively impact trade talks between the U.S. and China, noting that Beijing was already irritated by the U.S. telling them “how to run their country.”

As we reported earlier this week, pro-independence political activist Chen Haotian called for a run on Chinese banks to take place today, encouraging Hong Kong citizens to withdraw all their money.

Tens of thousands of China’s People’s Armed Police (PAP) troops are also massing inside a sports center just a few kilometers away from Hong Kong.

Beijing asserts that the protests are part of a color revolution aimed at sabotaging Chinese influence over the territory, although protesters insist this is not the case.