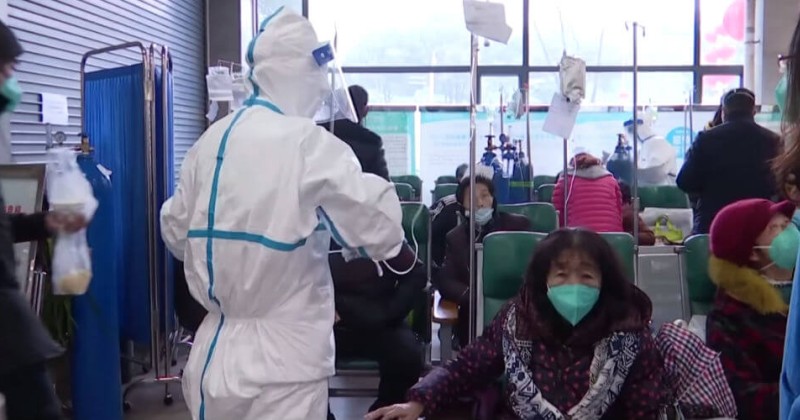 A health care analyst says that the number of coronavirus cases is probably ten times higher than is being reported by Chinese authorities.

Raymond James health care policy analyst Chris Meekins said that the official numbers of those killed and infected by the virus is “really a fraction” of those who actually have contracted the disease due to China’s history of underreporting public health crises.

“Based on conversations I’ve had with individuals both in the U.S. government and more importantly [in China] is that the number that have been reported out of China on this disease are really a fraction of the number of people who have probably had the disease,” Meekins told Yahoo Finance.

“If China’s been reporting about 800 [infections] with 25 deaths, we think the number is probably 10 times that number in China right now because you had a number of misdiagnoses,” he added.

Meekins said that in China the virus was “a much bigger issue than people realize” and that there will be a spike in cases within the United States very soon.

The official death count currently stands at 80 with 3,000 confirmed infections, although the virus has a two week incubation phase and can be spread during this period despite victims not having symptoms.

With tens of millions of Chinese citizens already under a de facto quarantine, lead researcher and dean of HKU’s faculty of medicine Gabriel Leung said that the outbreak “may be about to become a global epidemic” and that “substantial, draconian measures limiting population mobility should be taken immediately.”

Leung is calling for people to avoid mass gatherings as well as school closures and work-from-home arrangements.

Many cases of the virus could be going unreported because a lot of people caught the virus but stayed at home and recovered without going to hospital.

Mongolia announced today that it was closing its border with China and over the weekend Taiwan announced that it would bar all visitors from China in an effort to stop the spread of the virus.