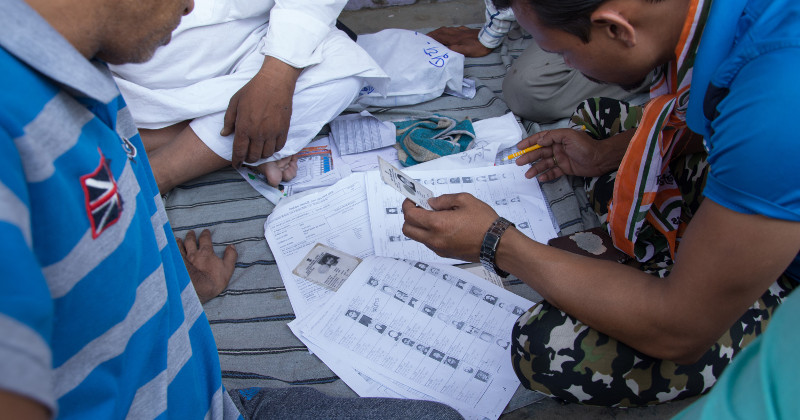 While Facebook claims to have deleted thousands of pages to prevent meddling in the Indian elections, the American company’s selective deletions have led at least one man to ask: Who is watching the election watchers?

A little over a week ahead of the beginning of elections in India this Thursday, Facebook raised some eyebrows when it announced that it had removed a number of politically oriented pages as a part of its “election integrity” efforts.

The social media giant removed 138 pro-opposition pages that had over 200,000 followers for “coordinated inauthentic behavior.” While they only removed 15 pro-government pages, as it turned out, those pages had a far wider reach with millions of likes.

Given the apparent imbalance, it is all the more concerning that the purge was conducted with assistance from the US-based Atlantic Council, a think tank that receives millions of dollars in funding from the US State Department and NATO allies.

Indian defense analyst and security expert Abhijit Iyer-Mitra is one of the people extremely concerned with the impact the American private company could have on India’s elections. He has even filed a criminal complaint with police in New Delhi, describing Facebook’s actions as an act of war, and an attack on the country’s sovereignty.

Speaking to RT, Iyer-Mitra blasted the social network for their glaring double standards: while making extensive efforts to protect American elections from foreign actors in the wake of the alleged “Russian meddling” scandal, the company seemingly had no qualms about letting a state-department-linked think tank act in place of Indian election officials.

“The point is they are an American company, this is an Indian election,” said Iyer-Mitra. “We are not willing to cede our sovereignty to other countries like this. I think they are making a big mistake and I intend to pursue this to the end.”

Alex Jones breaks down how the globalists are attempting to collapse civilization within the next six months by intensifying their migrant-fueled destabilization of the West.