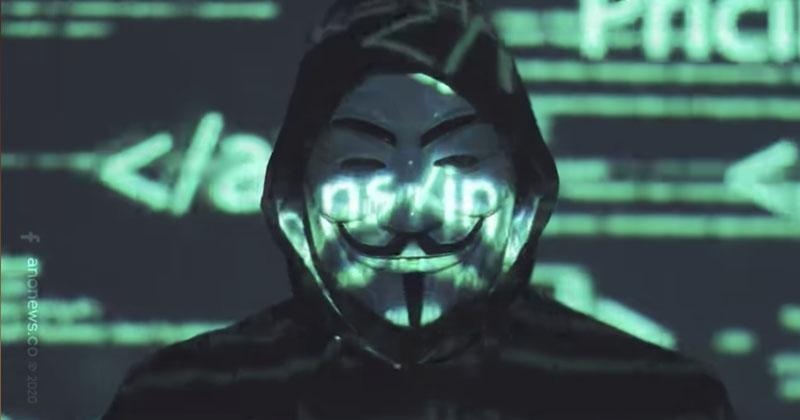 Hacker collective Anonymous has purportedly begun to target the Minneapolis Police Department, accusing the force of systemic violence and corruption while serving as an instrument for “the ruling class.”

A video message posted to an Anonymous Facebook page with 11 million followers accused the Minneapolis Police of condoning behavior that led to the death of George Floyd.

“People have had enough of this corruption and violence from an organization that promises to keep them safe,” the masked narrator says.

“Unfortunately, we do not trust your corrupt organization to carry out justice, so we will be exposing your many crimes to the world.”

The group called for criminal charges to be brought against all of the officers who were filmed detaining Floyd before his death.

The group claimed that the police force exists to “carry out the will of the criminal ruling class.”

Protests in Minneapolis against Floyd’s killing have spread across the United States, despite the fact that Derek Chauvin, the Minneapolis police officer filmed pinning his knee on Floyd’s neck, was arrested on Friday and charged with third-degree murder and second-degree manslaughter. However, other officers who witnessed the event have not been charged.