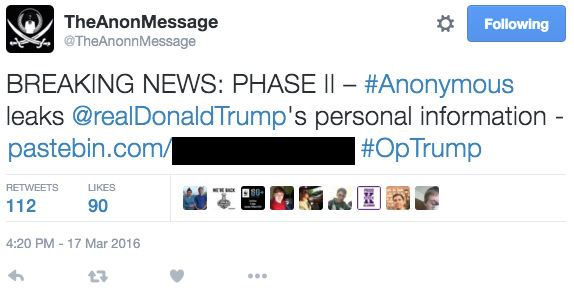 Members of the hacktivist group Anonymous released personal information allegedly belonging to GOP frontrunner Donald Trump Thursday as part of the ongoing #OpTrump campaign – The only problem, the data was already made public last year.

After the initial #OpTrump announcement failed to gain widespread support in 2015, Anonymous declared “total war” earlier this week in an attempt to derail the business mogul’s presidential campaign.

“You do not need to know how to hack to support this important operation,” a video posted to YouTube said. “This is not a warning. This is a declaration of total war.”

The data was quickly spread and listed under multiple YouTube videos and webpages related to the #OpTrump campaign.

In an attempt to verify the data, Infowars contacted multiple numbers only to be met with generic voice message systems stating that the user’s inbox was full.

Despite claims from several online accounts, other Anonymous members immediately began pointing out that the data had already been leaked by other hackers last year. 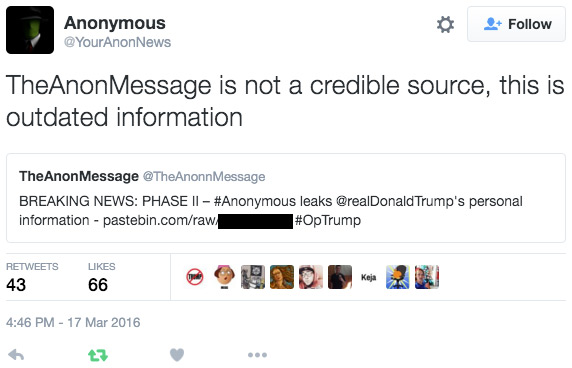 In fact, as noted by Sheera Frenkel, cybersecurity correspondent for BuzzFeed News, a group known as “HydraHacking Team” released the exact same information on Facebook in November of last year. 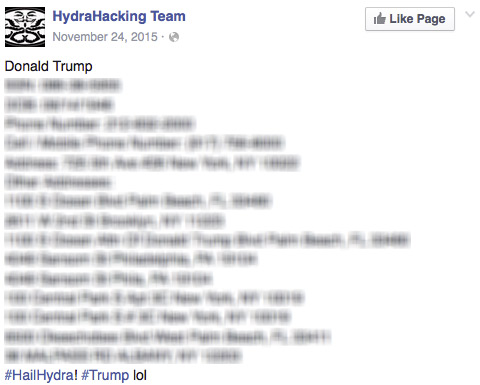 According to the latest #OpTrump video, the campaign will continue on April 1 with attacks on multiple website’s belonging to the presidential candidate.