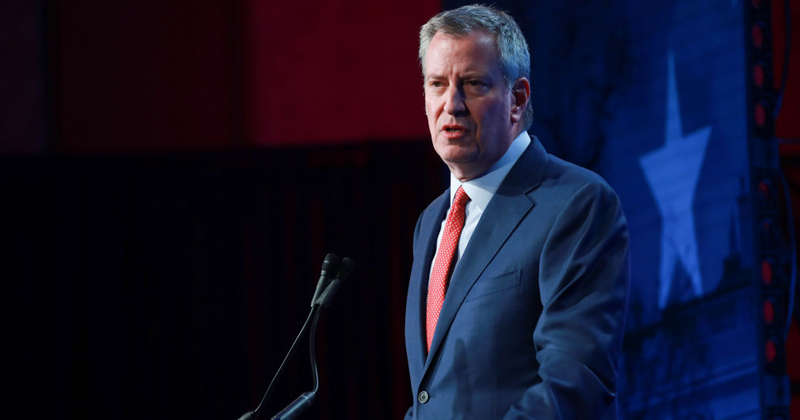 An illegal immigrant from Guatemala was recently set free by the New York Police Department after being charged with felony rape in the second degree and sexual abuse of a person under 14.

Thanks to the city’s sanctuary policies, the NYPD refused to honor the Immigration and Customs Enforcement detainer lodged against the suspect and released him following his arraignment.

Miguel Federico Ajqui-Ajtzalam, a 20-year-old Guatemalan, was arrested on Feb. 27 in Brooklyn on charges of felony rape in the second degree, sexual abuse in the second degree for sexual contact with a person under 14, and acting in a manner to injure a child under 17.

Ajqui-Ajtzalam’s first documented encounter with American authorities came in September of 2016 when he was detained by Border Patrol for illegally entering the country.

Because he was underage at the time, the Guatemalan national was processed as an unaccompanied alien child and released from ICE custody after a month under an order of recognizance.

Following the NYPD’s release of the suspect, ICE agents were able to find and arrest Ajqui-Ajtzalam on Monday.

Meanwhile, as the agency takes rapists off the streets, Democrat politicians and voters have promoted the “Abolish ICE” movement, accusing the agency of being racist and calling for its elimination.

“He is currently detained in ICE custody pending removal proceedings before a federal immigration judge,” according to the agency’s website.

ICE spokesman Thomas Decker released a statement on the apprehension, saying, “It’s inconceivable that a individual who was arrested for local charges of rape and sexual abuse of a child would be released back into the community instead of being transferred to ICE, who had a detainer in place.”

“It’s frightening that our detainer was ignored and he was released onto New York City streets to possibly reoffend,” Decker continued. “The safety of city residents, especially the more vulnerable, continues to be a priority for ICE enforcement.”

However, Albence’s letter was ignored by the mayor and the city’s anti-ICE policies continue to put New Yorkers in harm’s way.

For example, in January, a 92-year-old legal immigrant from the Dominican Republic was sexually assaulted and murdered by an illegal alien from Guyana who was previously released by NYC officials that ignored an ICE detainer request.

Another liberal-run megacity boasting sanctuary city status, Chicago, also recently denied an ICE detainer for an illegal immigrant who then went on to molest a three-year-old girl in a McDonald’s bathroom.

2020 is the year for Americans to wake up and vote out the individuals who have put these atrocious policies in place.