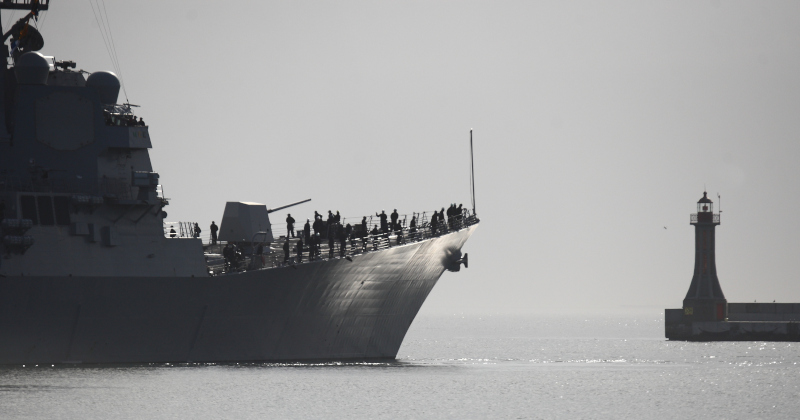 Will yet another major US Navy warship be disabled by the coronavirus pandemic like the USS Theodore Roosevelt carrier fiasco?

The Navy now reports its Arleigh Burke-class guided-missile destroyer, the USS Kidd has at least 33 confirmed COVID-19 cases among the crew, nearly doubling in the last few days from an initial 18 cases reported last Thursday.

The destroyer has a total crew of 350 and is currently off the Pacific coast of South America. Its mission is reportedly related to US counter-narcotics operations off coastal waters of South America.

At least two sailors have been medically evacuated from the ship to military hospitals in San Antonio, and the destroyer has since begun returning to port for deep a disinfecting cleaning and further testing of crew.

“The first patient transported is already improving and will self-isolate. We are taking every precaution to ensure we identify, isolate, and prevent any further spread onboard the ship,” commander US Naval Forces Southern Command and 4th Fleet, Rear Admiral Don Gabrielson, said.

The Navy also indicated all crew have donned N95 masks and other personal protective equipment in efforts to contain the spread.

Furthermore an amphibious assault ship identified as the USS Makin Island has been sent to aid the USS Kidd at sea. The Makin Island reportedly has a team of naval doctors aboard, including intensive care capacity and ventilators.

The USS Kidd plans to ramp up testing of all its crew as fears mount of another possible USS Roosevelt catastrophe. In that ongoing crisis the nuclear carrier starting late last month into April was stricken with over 850 coronavirus cases, among a crew of almost 5,000 – forcing it to dock at Guam and cut short its mission in the West Pacific.