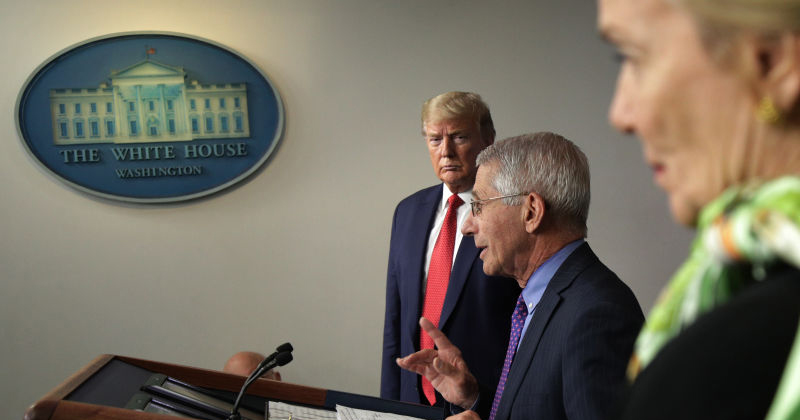 As the COVID-19 shutdown across the US continues, one cannot but help see the importance of specialization and the division of labor time and time again, as many Americans deal with true shortages of goods for the first time in their lives.

Specialization has allowed us to enjoy a much more prosperous life than we would were we all to do everything ourselves. However, as with everything in this imperfect world, specialization comes with certain tradeoffs that are important to understand. As the unemployment numbers continue to rise by millions more every week, as meager savings are eliminated, and as our highly organized society slides into chaos it is important to understand the way in which an unbalanced intellectual specialization has contributed to bringing about the current crisis.

In his 1930 book The Revolt of the Masses, Spanish philosopher José Ortega y Gasset addresses what he considers to be a strange byproduct of the prevalence of specialization in everything, specifically the intellectual sphere. “Previously,” he writes, “men could be divided simply into the learned and the ignorant, those more or less the one, and those more or less the other.” Now, however, a new kind of person has emerged, “an extraordinarily strange kind of man,” who cannot be called “learned for he is formally ignorant of all that does not enter into his specialty,” yet at the same time cannot be considered “ignorant because he is ‘a scientist’ who ‘knows’ very well his own tiny portion of the universe.” Thus, Ortega y Gasset says that the only fitting name for such a person is a “learned ignoramus.”

There can be no doubt that numerous learned ignoramuses can be found in all parts of society, but most importantly they are very clearly involved in the response to the COVID-19 virus, as sweeping calls for months of lockdown make clear.

Dr. Anthony Fauci, director of the National Institute of Allergy and Infectious Diseases and seen by many as the face of the federal virus response, has perhaps made the most ridiculous assertion, stating at a White House briefing on April 1 that “we could ‘relax social distancing’ once there’s ‘no new cases, no deaths,’ but the real turning point won’t come until there’s a vaccine.” Similarly, Dr. Zeke Emanuel, an architect of Obamacare and current advisor to Joe Biden, declared that it will be impossible to return to “normalcy” for eighteen months and that no matter the economic cost: “The truth is we have no choice….We cannot return to normal until there’s a vaccine.”

Such ideas are frankly madness, and would take an incalculable toll on the health and wealth of all Americans. Tens of millions of Americans find themselves out of work or with reduced hours or pay. The idea that society could continue to exist in such a state betrays a lack of any understanding of the social order.

Smithfield Foods is shutting down a meat processing plant that produces 4 to 5 percent of all the pork in the entire country, and its CEO warned that “the closure of this facility, combined with a growing list of other protein plants that have shuttered across our industry, is pushing our country perilously close to the edge in terms of our meat supply. It is impossible to keep our grocery stores stocked if our plants are not running.”

Mass unemployment will inevitably lead to an increase in suicide and substance abuse and the stay-at-home orders have already led to increased domestic violence. New instances of outrageous police conduct in the name of enforcing lockdowns emerge everyday. It is no exaggeration to say that in eighteen months there would likely not be any society left to “reopen.”

Truly, only learned ignoramuses could suggest such an obviously catastrophic course of action. Those plebeians who dare to question “experts” such as Fauci and Emanuel are lectured to listen to their betters, who use “science” to understand the situation and are far more knowledgeable. In other words, “stay in your lane.” Yet such critics miss their glaring contradiction. Public health officials certainly have a role to play, but they themselves are not experts at everything. By definition, they do not fully understand the other consequences and considerations that must be weighed and balanced, and they, of course, are lacking in the local dispersed knowledge needed to make such decisions. Yet that does not stop them from making declarations dripping with arrogance, such as Fauci’s assessment of the implosion of the economy and the resulting unemployment and hardship as being merely “inconvenient from an economic and a personal standpoint.” As Ortega y Gasset pointed out, learned ignoramuses are “ignorant, not in the fashion of the ignorant man, but with all the petulance of one who is learned in his own special line.”

The phenomenon of the learned ignoramus can be seen in every field and at all levels of intellectual life and popular punditry. However, the current crisis reveals the damage such “experts” can wreak upon civilization itself.

Ortega y Gasset fully recognized the important role that specialization has in making modern life possible; however, he calls for a balanced intellectual specialization, in contrast to the unbalanced status quo that he fears threatens the advancement of scientific discovery itself. Two such balanced intellectuals are without a doubt Ludwig von Mises and F.A. Hayek; although economists, they could be more accurately called social thinkers whose work encompassed far more than that of the typical economist today.

Rather than insular, unbalanced specialization, Mises argued that “He who wants to achieve anything in praxeology must be conversant with mathematics, physics, biology, history, and jurisprudence.” Hayek similarly warned that “Unless you really know your economics or whatever your special field is, you will be simply a fraud. But if you know only economics and nothing else, you will be a bane to mankind, good, perhaps, for writing articles for other economists to read, but for nothing else.”

Undoubtedly, the entire situation would look entirely different from the chaotic disruptive mess it is now if our public health officials and social scientists were trained in the mold of Mises and Hayek. Whereas both men stressed the complex and ultimately fragile nature of the social order, and therefore the need for broad understanding of this complexity, the learned ignoramus, in the words of Ortega y Gasset, “believes that civilization is there in just the same way as the earth’s crust and the forest primeval.”

Every time the “experts” demand that life be halted into the indeterminate future, they vindicate Ortega y Gasset’s observation that the learned ignoramuses are ignorant of the very nature of the social order itself and are therefore a menace to its preservation. This crisis demonstrates how prescient Ortega y Gasset’s warning was. Hopefully it is not too late to prevent a true societal catastrophe.