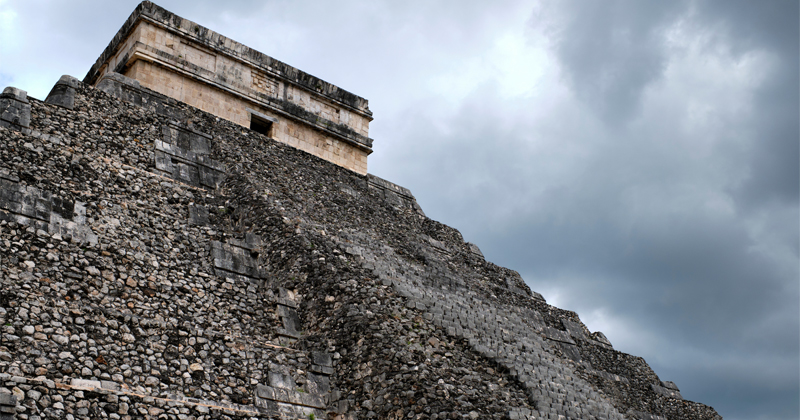 The high and towering pyramid shape of the buildings is hardly accidental, a new study has revealed, digging into the sacred ideas that the iconic shape had for pre-Columbus Americans.

Researchers with the National Institute of Anthropology and History in Mexico (INAH) have come to believe that the signature pyramids built by America’s indigenous tribes, including the Maya and Aztecs, were purposefully made to emulate naturally occurring landscapes like hills and mountains, a press release published on the institute’s website suggests.

According to Pedro Sanchez Nava, a lead author of the study dedicated to the Mesoamerican pyramids, one of the most logical reasons for this geometric shape (the pyramid) is found in nature, “in the silhouette of many mountains and volcanoes”, as well as deposits of sedimentary rocks, with the said geometric shape equally well suiting tall monumental buildings.

The scientists assume that pyramids carried a well-known sacred meaning and connotations, serving as a central axis around which whole cities were built, thereby reflecting the mind-set of pre-Columbus peoples.

Mesoamerican pyramids would typically feature a stepped configuration, the scientists say, noting that the upper part frequently housed a temple.

In one of the main breakthrough discoveries in recent years, researchers studying the remnants of the ancient Mesoamerican city of Teotihuacan, which lies in Mexico, stumbled upon a secret tunnel and a cavity below the Pyramid of the Moon, which may have been dedicated to “underworld” Toltec rituals.