The progressive left did an abrupt about-face on a story regarding a bullied boy Monday, after photos emerged of him and his mother pictured with confederate flags.

On Sunday, the world was saddened to learn the story of Tennessee middle-schooler Keaton Jones, who was filmed in a viral video weeping over a bullying incident at school.

“Just out of curiosity, why do they bully?” Keaton asked his mom in the video. “What’s the point of it? Why do you find joy in taking innocent people and finding a way to be mean to them. It’s not okay.”

“They make fun of my nose. They call me ugly. They say I have no friends,” Keaton continued.

“What did they do to you at lunch?’ his mom asks.

“Poured milk on me and put ham down my clothes. Threw bread at me,” Keaton answers.

An outpouring of support for Keaton’s plight ensued, with several celebrities coming out in defense of the boy… that is, until photos surfaced showing him and his mom, Kimberly Jones, pictured near confederate flags. 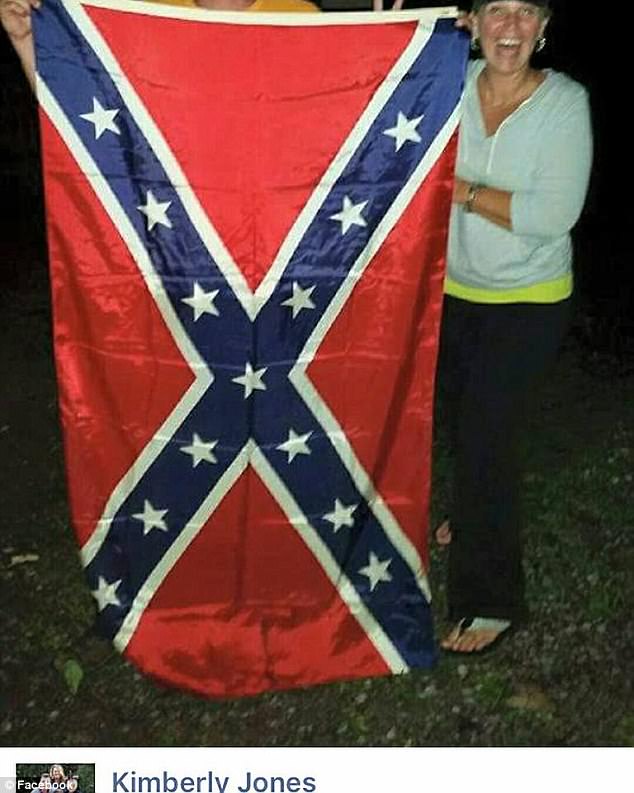 Almost immediately, many leftists supporting Keaton moved to throw him under the bus and GoFundMe pages set up for donations in his name were also shut down pending further review.

“That viral video of #KeatonJones talking about being bullied is heartbreaking, and I feel sympathetic towards that child. But his mom, Kimberly on the other hand, is a suspected racist who makes very problematic posts bullying Black protesters #TheIrony,” black activist Tareeq Nasheed wrote on Twitter Monday.

Actress Patricia Arquette claimed Keaton made racist statements resulting in his being bullied, and that he should apologize to the bullies.

If #Keaton was making racially bullying statements he and his mom needs to go to the principles office too & give an apology to those kids. https://t.co/6Eb8Pq69jA

Learning that Keaton’s family are supportive of the confederate flag is disappointing for me as a person of colour but I still feel that this child, yes CHILD, deserves to be treated with respect & should not be bullied. The beliefs/hypocrisy of his parents is another issue. 1/2 https://t.co/eAS6AxqJ8I

48 hours into this story and a backlash has begun. We’re introduced to the inevitable grey area of a situation. The unified take begins to splinter under its own weight.

Pop singers Rihanna and Cardi B went as far as to delete Instagram posts previously in support of Keaton.

It is a scam. His family and him are massive racists. He got bullied for calling kids the 'n' word. His mums fb you can see kids with guns and holding the confederate flag mate

When you first watch that Keaton Jones video and are sad he gets bullied then find out his family are some confederate flag waving Trump supporters, so you just go on minding your business pic.twitter.com/tCstpd33Kh

this is him and his family w the confederate flag… also apparently he was being bullied bc he was using racial slurs and calling kids different racist names pic.twitter.com/EjQVqDovkw

A photo of Keaton's family holding a confederate flag was leaked, and Keaton only got "bullied" cause he was calling kids at school the n word. His racist family has gotten 60k out of this. It's disgusting.

Idk why y’all feel sorry for #KeatonJones that boy is racist. Him being bullied was just karma for holding up the confederate flag

When 2017 isn't outing all of our favourite artists as sexual predators, it's giving us a feel good story of the year where people of all races and cultures rally around a poor bullied child… only for it to turn out they're massive ku klux klan confederate racists

People really donated 50k to that bullied kid like money is gonna help him stop getting bullied. His family just gonna buy more confederate flags with it pic.twitter.com/7TBpstSyza

Sigh. Bullied kid's mom outed as confederate flag waver (no doubt racist if "whites must stick together" statement is really her) sets up PayPal account for people to send her $. Why does everything uplifting have to crash into piles of manure these days? https://t.co/iuhhu0vY66

Some even claimed the boy had invented the story and was never even bullied.

So, Keaton, the black children you were calling the N-word didn't calmly take it as you wanted them to do, so you and your mom made up this bullying bullshit for sympathy? You should be ashamed of yourself, you liar.

I heard the little shit & his mom were faking this the whole entire time. Apparently Keaton were calling people the N word and he got what was coming 🤷🏼‍♀️ don’t get me wrong, at first i wanted to find the bullies and kick their ass but now I don’t feel bad for him at all

Faking a bully for money? Feeling dumbfounded for myself , believing that Keaton was the victim but he's the culprit after all. 🎃

Keaton and his family masqueraded a conflict instigated by Keaton as a bullying issue just to get people to donate to them. And people bought it.. Why not donate to something meaningful like Puerto Rico instead of a racist family faking a serious issue?

In an interview with CBS News, Keaton’s mother denied any and all charges of racism and claimed she did not open the GoFundMe donation accounts, but did approve one of them.

“The only two photos — the only two photos on my entire planet that I am anywhere near a Confederate flag. It was ironic,” Keaton’s mother said. “I’ve said I spent most of my life being bullied and judged because I wasn’t racist.”

Keaton’s sister, Lakyn – who was also had a confederate flag picture on Twitter – defended her mother, saying, “To those who think my mother is a racist, she is not. She is a southern woman who loves where she’s from. She believes in equality and doesn’t want any harm done to ANYONE. This is about bullying and my brother. Not her. Please leave it alone.”

The incident is illustrative of how the left fakes compassion when it’s useful, but will quickly abandon their morals if people do not agree with their world views.

So Keaton Jones was relentlessly bullied for being different, and someone found out his mom had a confederate flag on her Facebook page, and thus ‘black twitter’ labels him a racist who deserved the bully. That’s really messed up. Liberals are disgusting.