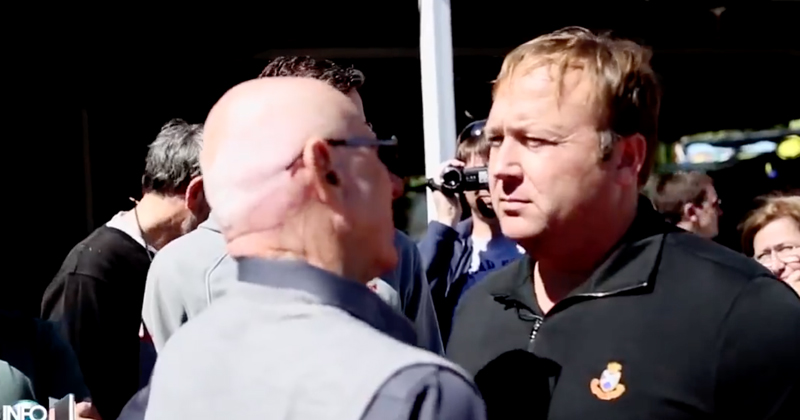 The anti-gun activists who once confronted Alex Jones are now facing bankruptcy after a judge dismissed their frivolous lawsuit against a gun store.

Lonnie and Sandy Phillips, who faced off with Jones after a 2013 Second Amendment rally in San Antonio, were ordered to pay over $200,000 in legal fees to the Lucky Gunner gun store after a judge threw out their politically-motivated lawsuit which conflicted with federal law.

The couple were encouraged by the Brady Campaign to file the lawsuit against Lucky Gunner, which apparently sold ammunition to Aurora shooter James Holmes who later killed Sandy’s daughter, despite the fact that, under federal law, businesses cannot be responsible for the criminal acts of third parties beyond their control.

“Lucky Gunner was no more responsible for the actions of James Holmes than Honda was for the actions of Abdul Razak Ali Artan when he attempted to use his Civic to kill pedestrians at Ohio State University, and it no more deserves punishment,” reported National Review, citing the 2005 Protection of Lawful Commerce in Arms Act. “There are already consumer protections that make gun manufacturers liable in rare cases when their products malfunction.”

“Naturally, they do not apply to misuse.”

The judge simply followed the law by dismissing the lawsuit, and now the Phillips must reimburse the gun store for having to defend against a suit which never should have been filed.

The Brady Campaign had to have known the lawsuit was frivolous, yet they pressured the Phillips to do it anyway, fueling speculation the Brady Campaign betrayed them to score political points by claiming an “evil gun dealer” bankrupted this poor couple.

“In the long run, that’s a much better story for the Brady Campaign to weave than paying the legal costs associated with a failed lawsuit they encouraged,” the National Review pointed out.

The Brady Campaign is all about political theatre, so it’s unlikely they will publicly pay the Phillips’ legal fees if it suggests defeat.