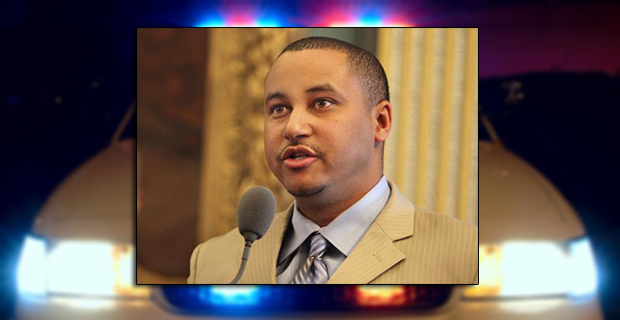 Democratic Sen. Virgil K. Smith is currently being questioned by Detroit police after allegedly firing multiple rounds into his girlfriend’s vehicle during a domestic dispute Sunday.

Police Chief James Craig stated Monday that Smith, who fired 10 rounds at the woman’s 2015 Mercedes Benz, has been charged with aggravated assault with a gun and malicious destruction of property.

Despite being held by police, the Wayne County Prosecutor’s Office has yet to authorize the charges according to the Detroit Free Press, raising questions on preferential treatment of city officials.

“We have not treated this case any differently than others that involve domestic violence,” said Craig.

Police recovered a weapon at Smith’s home but declined to reveal if it was related to Sunday’s incident.

“Investigators walked out of Smith’s home with what appeared to be a shotgun wrapped in a garbage bag,” reports Click on Detroit. “Investigators with Detroit police placed it in the backseat of an unmarked car.”

Police spokeswoman Cassandra Lewis also kept details on the incident from the public and media, arguing that the incident was a domestic, not public, matter.

Smith has not only received a 0% rating on gun rights from the Michigan Coalition for Responsible Gun Ownership, but a “D” grade from the National Rifle Association as well.

If convicted, Smith would join a long list of Democrats who disarm their law-abiding constituents while secretly owning firearms.

In one of the most famous of such cases, California state senator Leland Yee was indicted last year on corruption and conspiracy to traffic in firearms charges after a career of denying citizens their Second Amendment rights.

If Democrats Win, The MOB Wins