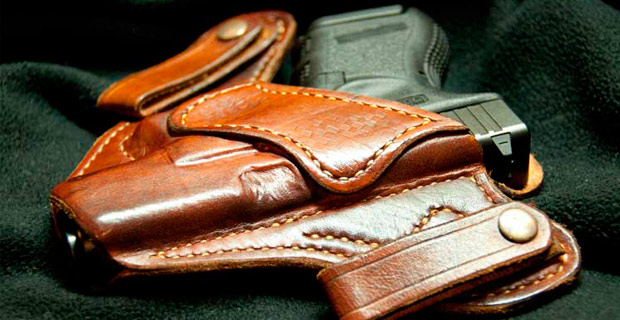 The mainstream media, which has spent the past day falsely blaming libertarians, the Second Amendment and even Alex Jones for the Las Vegas Shooting, was slow to report on the third victim and hero of the tragedy: Joseph Robert Wilcox, the concealed handgun license holder who lost his life while confronting the shooters.

Wilcox, 31, was armed with a concealed weapon and confronted Jerad Miller after the Millers entered the Wal-Mart he was shopping at and threatened everyone to leave.

Nevertheless, his bravery in the face of danger was under-reported in the mainstream media and only came to prominence through alternative media sites.

In a 12 minute segment of The Rachel Maddow Show on MSNBC, for example, host Rachel Maddow only referred to Wilcox as a “victim” without any indication of his heroic act.

Instead, she elected to spend the majority of the segment targeting the Second Amendment, the Constitutional Sheriffs and Peace Officers Association and constitutionalists whom she falsely labeled as part of the “sovereign citizen” movement.

The piece was little more than a lame attempt to smear libertarian organizations as no different than the Millers, who violated the libertarian non-aggression principle by murdering three people.

Similarly, MSNBC correspondent Alex Wagner referred to Wilcox as simply “another civilian” who died alongside the two police officers murdered by the Millers.

Wagner, who was joined by fellow MSNBC host Joy Reid, spent the segment trashing both gun rights and Alex Jones.

CNN correspondent Brian Levin simply referred to Wilcox as a “good Samaritan” in an op/ed which suggested that Americans who engage in political discussion should self-censor in the name of “preventing” mass murderers.

Overall, CNN only briefly reported on Wilcox in a few other articles.

NBC News and USA Today, however, did a better job by actually publishing articles on Wilcox and his heroic action, albeit a day after alternative outlets such as Breitbart pushed the story to prominence.

But MSNBC and CNN apparently decided to minimize the story of an armed citizen who died while trying to save others because it did not fit their predetermined anti-libertarian agenda.