Anti-Trump leftists, who in the past week supported the NFL’s #TakeAKnee campaign which disrespected millions of veterans, are now claiming they care about vets as a ruse to attack President Trump.

House Rep. Frederica Wilson (D-Fla.) claimed President Trump was disrespectful to the widow of a Special Forces soldier, a claim which the president said was undeniably false.

But did Wilson speak out when the Miami Dolphins took a knee during the national anthem, which was disrespectful to vets? It doesn’t appear so.

Why is it that she, and other anti-Trumpers, only seem to care about vets when they can use them to attack the president?

It’s ridiculous that they turned an about-face in a matter of weeks, but it’s very revealing.

Remember, President Trump won the White House on a platform that placed the interest of veterans above illegal aliens, the latter of whom the Democrats were catering to as a future voting base.

Trump actually proved he cares about vets.  He has credibility, unlike Wilson and her peers.

This whipped-up controversy, much like hundreds of other attacks against Trump preceding it, is going to simply blow up on the launch pad.

It’s just another attempt by blueblood Democrats to stay relevant during a major political realignment triggered by Trump.

And you can tell because their attack profile relies on two obsolete dependencies:

And as far as Wilson’s claim that President Trump as a “brain disorder,” just watch the following video: 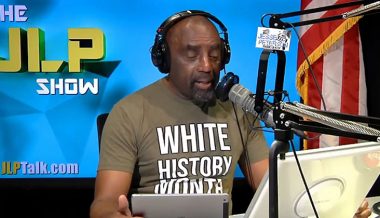