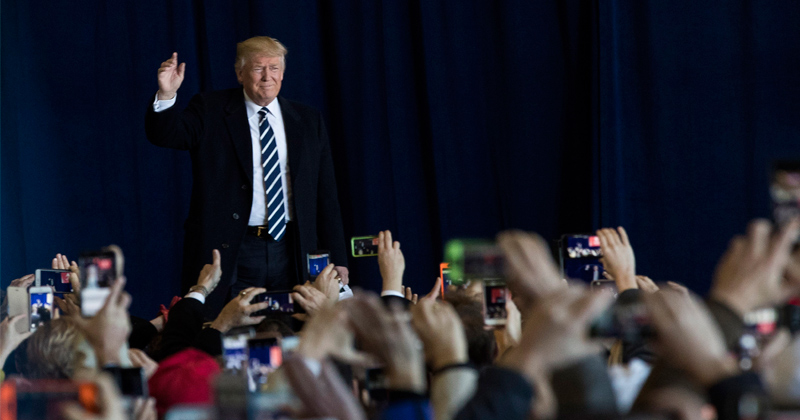 The globalist left and rogue anti-Trump elements of the CIA have launched a false flag claiming that “Russian hackers,” not the American people, selected Donald Trump as the 45th president.

Disgruntled Hillary Clinton supporters, who claimed her private, unsecured e-mail server was never hacked by foreign agents, are now pretending it was the Russians that kept Clinton out of the White House and not the lack of voter enthusiasm for the embattled candidate.

But it’s not just your Democrat neighbor making that claim; high-level globalists are pushing the narrative to stop President-elect Trump.

“When a foreign country interferes in your election and the outcome is in doubt, the legitimacy of the government, I don’t know how it works constitutionally, I’m not a lawyer, constitutional lawyer, but I’m deeply disturbed by the fact that the Russians interfered,” CIA operative Robert Baer told CNN.

But former UN ambassador John Bolton, an anti-populist neoconservative, has admitted that any hacking attempt targeting the presidential election was likely carried out by the Obama administration, not Russia.

He pointed out the hypocrisy of the “Russian hacking” claim: the FBI said it couldn’t detect anyone hacking Hillary’s server, but now all the sudden there’s evidence of Russians hacking voting machines?

And there’s also the sheer hypocrisy of the left lambasting Trump for pointing out the vulnerability of voting machines before the election, especially those owned by Clinton ally George Soros.

Also remember, before the election, how the Obama administration wanted Homeland Security to take control of the voting process out of fear of “Russian hacking.”

That was intended to plant a seed in the public’s mind that the Russian threat was “real” because they intended to blame Russia if Clinton lost the election.

It turns out, however, that it was actually DHS, not the Russians, that tried to penetrate election servers in Georgia.

“At no time has my office agreed to or permitted DHS to conduct penetration testing or security scans of our network,” said Georgia Secretary of State Brian Kemp, who oversees the state’s elections. “Moreover, your department has not contacted my office since this unsuccessful incident to alert us of any security event that would require testing or scanning of our network.”

But here’s the big takeaway: when you compare the tens of thousands of voters who showed up to Trump’s campaign rallies compared to the few hundred at Clinton events, it’s obvious that Trump didn’t need help from Russia to win the election.

Clinton couldn’t even fill up the Public Auditorium in Cleveland, Ohio, right before the election despite Cavaliers star LeBron James speaking at the event; only a few hundred showed up, which was well under the 10,000 seating capacity.

The attendance was so bad that the mainstream media had to use zoomed-in shots of Clinton and LeBron to create the illusion of higher attendance.

In comparison, Trump routinely held rallies with tens of thousands in attendance anywhere in the country.

If millions of people across the nation are willing to stand hours in line for a chance to hear him speak – without a guarantee they’ll even get in – why wouldn’t Trump win a fair election?

How could Trump, who had the most voter enthusiasm for a presidential candidate in centuries, lose fairly to a corruption-scarred candidate who couldn’t convince people to hear her speak?