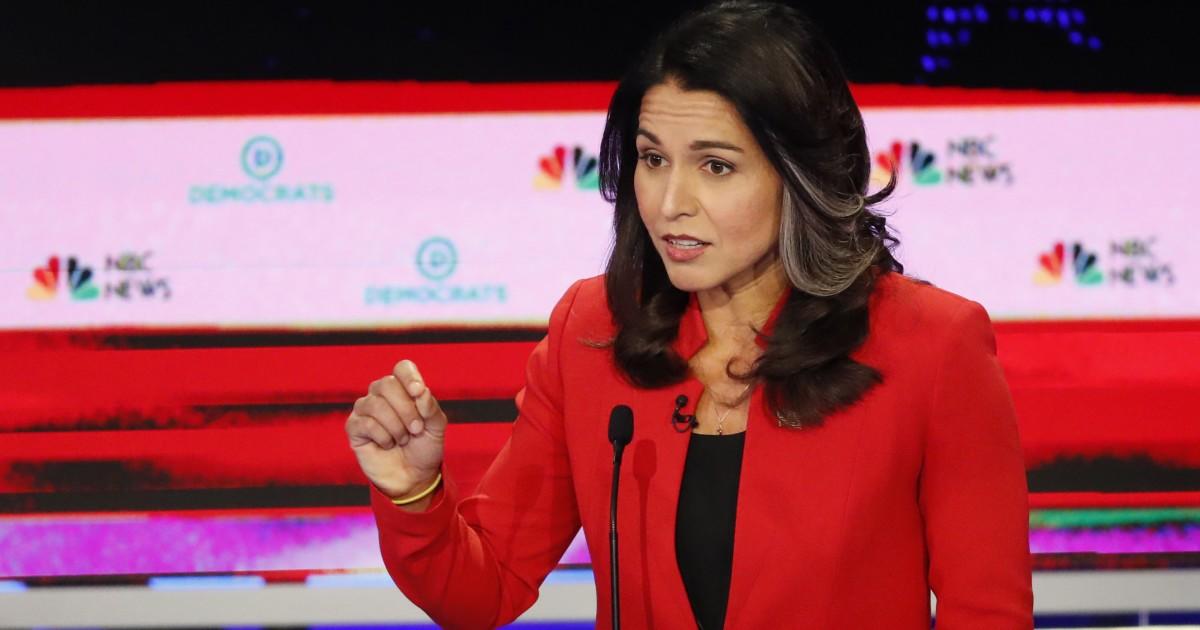 Progressive Democrat presidential candidate Tulsi Gabbard, who has long been under fire from mainstream media and establishment voices in her own party for her vehemently anti-war and anti-interventionist stance, is suing Google, The New York Times reports, in what is said to be the first time in history a presidential candidate has sued a major technology firm.

It must be remembered that though considered a “long shot” by party insiders based on her outlier stances (for which she’s been called a popular Ron Paul type unorthodox figure among the Dems), from criticizing the Democrats’ ‘Russiagate’ fixation to calling for an end to “regime change wars” abroad to being willing to meet with Syria’s President Bashar al-Assad, Google searches for her named surged across the US during last month’s first round  of presidential nominee debates. And now, as the Times reports, she says Google infringed on her free speech by suspending her campaign’s ability to get its message out:

Tulsi Now Inc., the campaign committee for Ms. Gabbard, said Google suspended the campaign’s advertising account for six hours on June 27 and June 28, obstructing its ability to raise money and spread her message to potential voters.

Google and other major US tech companies like Facebook have faced an avalanche of scrutiny and criticism of late for censoring and/or manipulating the visibility of those with unorthodox political views.

The techno-banking elitist applications PayPal and their own Venmo have banned Joe Biggs from using their services.

“Google’s arbitrary and capricious treatment of Gabbard’s campaign should raise concerns for policymakers everywhere about the company’s ability to use its dominance to impact political discourse, in a way that interferes with the upcoming 2020 presidential election,” the lawsuit stated.

Specifically the lawsuit suggests Google diverted Gabbard campaign emails to be sent to spam folders on Gmail at “a disproportionately high rate” compared to her Democratic rival candidates.

The lawsuit was filed Thursday an a Los Angeles federal court, the Times reports, and “seeks an injunction against Google from further meddling in the election and damages of at least $50 million.”

Previously the Hawaii congresswoman pointed out there was a “clear bias” against her as she was given the least amount of speaking time during the first 2020 Democratic primary debate.

“Look, it shows that there is a clear bias in place. I made the most of every minute that I had — wish I had the opportunity to have more time to address these important issues,” Gabbard told Tucker Carlson during a June 27th Fox interview.

Google did not initially respond to reports of the lawsuit, which comes after having long been under fire and suspicions from Republican and conservative groups for downgrading their content on the world’s most popular and visible search engine.