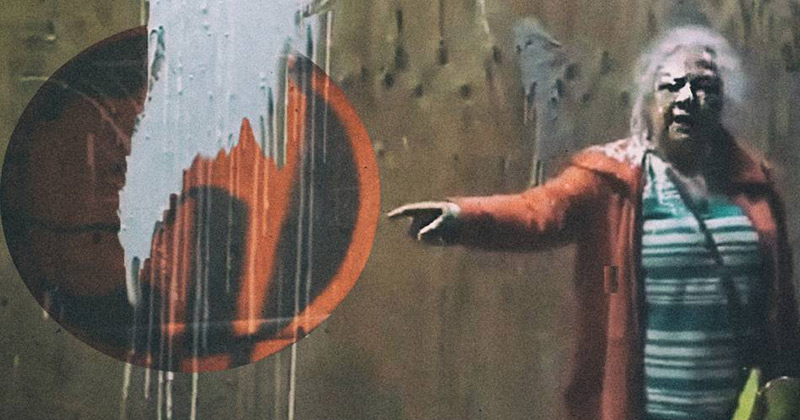 Portland’s army of black bloc morons have found a new enemy in the nation’s elderly.

One woman stood in front of the mob and ordered them to stop trying to destroy the southeast Portland precinct.

After being smothered in paint she continued to stand her ground.

While another woman with a walker eventually extinguished a fire started by the mob in a trash can, the group organized by the youth liberation front reportedly came equipped with ties made out of rebar meant to pop police vehicle tires.

Several of the ties were thrown in the street and police vehicles ran them over, causing damage to tires, according to Portland police.

And as Antifa cells move into neighborhoods and target the elderly as they did with a woman they dubbed the nazi lady, it is slowly dawning on at least some of the Soros tools that what awaits them after being bailed out by seditious lawyers isn’t a communist utopia.

Instead, it’s at least a five-year prison sentence or a severe beating by the locals.

“Rico Agard-Berryhill who was released without bail after hurling an explosive device at the Federal Courthouse in Portland was identified by his own Trump-supporting grandma. Berryhill is charged with felony arson, and faces a minimum of five years in prison if convicted. 18 year old Isiah Maza faces 30 years in prison after,” as the Epoch Times reports. “Maza was seen lighting a fuse on a cylindrical object and throwing it inside the courthouse through the broken window, authorities say. The object exploded near federal agents exiting the building and injured both legs of a deputy U.S. marshal.”

At least 250 black bloc communist-loving idiots have been arrested nationwide.

Some will spend at least a decade in prison, while others will be free to come back for more stupidity, a dangerous and cowardly decision as the call for a mass demonstration in roughly a month’s time promises further chaos.