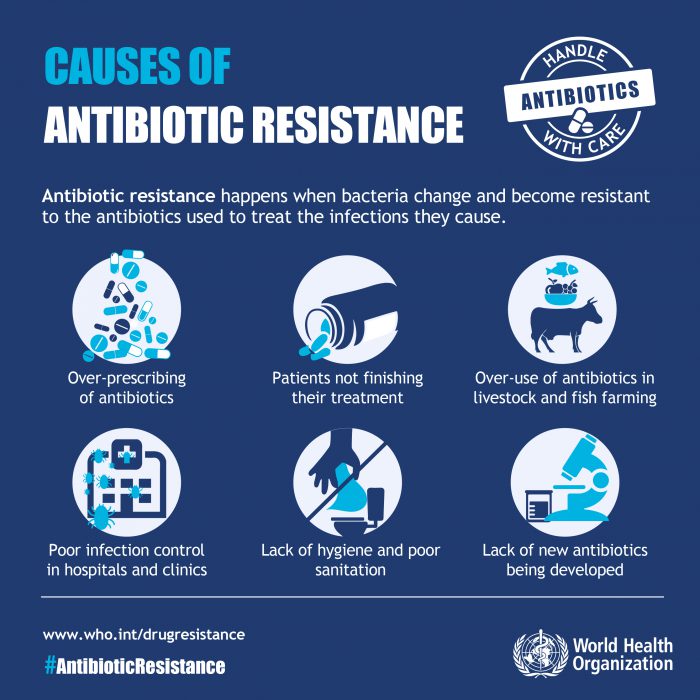 Cancer rates are increasing, and the World Health Organization (WHO) said in 2014 that cancer cases were expected to surge 57% worldwide over the next 20 years. It’s a health crisis in the making, but scientists are warning there could be an even bigger threat to human health: antimicrobial resistance.

British Chancellor George Osborne says antimicrobial resistance to antibiotics could kill as many as 10 million people by 2050, and warned of the risk before a panel at an International Monetary Fund (IMF) meeting in Washington on April 12. [1]

Osborne is not alone in sounding the alarm about the risks of failing antibiotics.

Antimicrobial resistance could cause an “apocalyptic scenario” in the next 20 years, according to Dame Sally Davies, the chief medical officer for England. People would routinely die from common infections, Davies says, “because we have run out of [effective] antibiotics.”

Economist Jim O’Neill commissioned a government review in 2014 that estimated that by 2050, antimicrobial resistance would be the world’s greatest killer unless scientists could develop a new generation of effective antibiotics. [1]

At the IMF meeting, Osborne said that this “apocalyptic scenario” would not only kill millions of people a year, it could easily slash global economic output by 3.5%, or $100 trillion. Cancer currently kills about 8 million people annually.

“We have to dramatically shift incentives for pharmaceutical companies and others to create a long-term solution to this problem, with new rewards, funded globally, that support the development of new antibiotics and ensure access to antibiotics in the developing world.

We also need better rapid diagnostics that will cut unnecessary antibiotic use.”

It has been nearly two decades since the last discovery of a new class of antibiotics, and medical experts have warned that failure to find new effective drugs could make common infections as difficult to treat as they were in the 1920’s before the discovery of penicillin. But pharmaceutical companies are reluctant to develop new antibiotics because it is a costly process, and the drugs can only be used for a limited period of time.

“Unless we take global action, antimicrobial resistance will become an even greater threat to mankind than cancer currently is. It is not just a health problem, but an economic one, too.

The cost of doing nothing, both in terms of lives lost and money wasted, is too great, and the world needs to come together to agree on a common approach.

My message is that we need the world’s governments and industry leaders to work together in radical new ways.”

O’Neill has been commissioned by ministers to review the issue again, and his recommendations are expected by next month. [2]

Last year, British doctors were warned they could lose their jobs if they prescribed too many antibiotics. As a result, prescription rates have been rapidly declining, and general practitioners could be referred to regulators if they continue to hand out too many drugs.

In the UK, physicians have been caught prescribing antibiotics for health problems the drugs won’t even touch, such as coughs, colds, and hay fever. In some doctors’ practices, as much as 97% of patients who ask for antibiotics receive them.

The fight against antimicrobial resistance is a lot like the fight against terrorism; every time we knock down one problem, another one pops up. Leading British microbiologist Hugh Pennington says:

“It’s an endless battle. We will develop new antibiotics. But it’s not a battle we can win, it’s just a war that will go on forever.” [3]