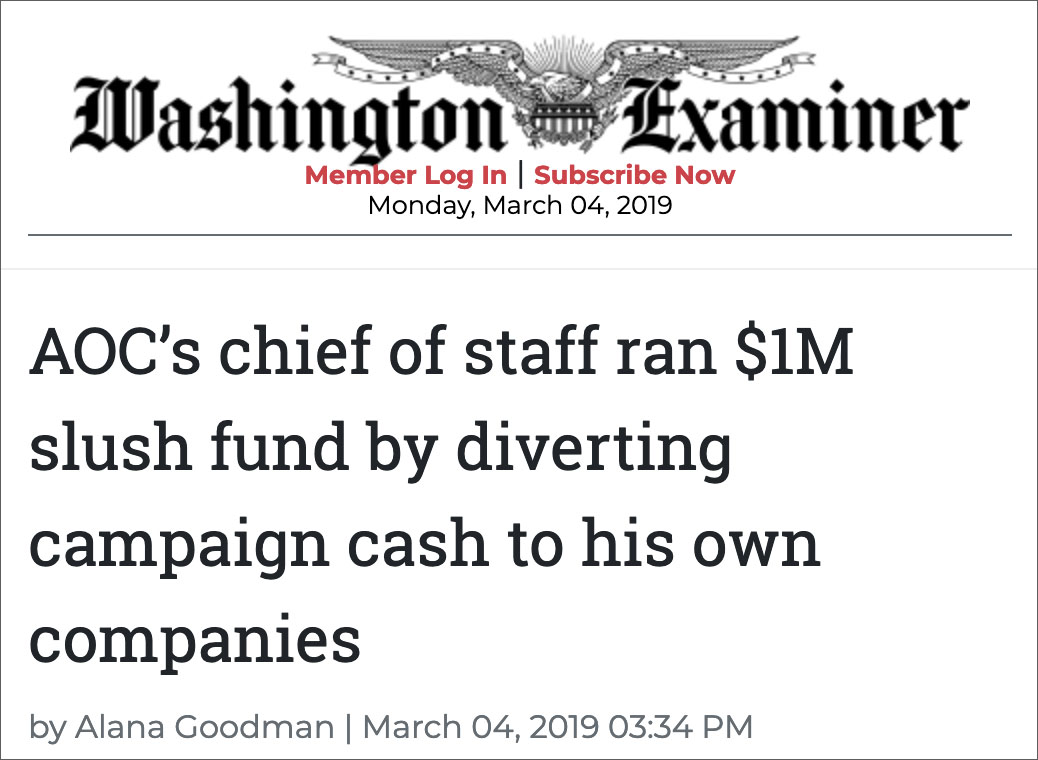 Two political actions committees founded by Rep. Alexandria Ocasio Cortez’s Chief of Staff funneled over $1 million into his own private companies, according to reports.

The cash transfers came from the PACs Brand New Congress and Justice Democrats, which Saikat Chakrabarti founded, according to a complaint filed to the Federal Election Commission.

“It appears Alexandria Ocasio-Cortez and her associates ran an off-the-books operation to the tune of hundreds of thousands of dollars, thus violating the foundation of all campaign finance laws: transparency,” said Tom Anderson, director of the National Legal and Policy Center’s Government Integrity Project, a government watchdog group.

“These are not minor or technical violations. We are talking about real money here. In all my years of studying FEC reports, I’ve never seen a more ambitious operation to circumvent reporting requirements.”

“Rep. Ocasio-Cortez has been quite vocal in condemning so-called dark money, but her own campaign went to great lengths to avoid the sunlight of disclosure,” he added.

From the Washington Examiner:

“Over the next seven months, as small-dollar political donations poured into the PAC from progressives across the country, the committee transferred over $200,000, 82 percent of the contributions, to the company Brand New Campaign LLC. The payments were for ‘strategic consulting,’ according to federal election filings. They were sent to an apartment address listed for Chakrabarti in the Greenwich Village area of Manhattan.”

“Brand New Congress LLC is not registered in any Secretary of State databases. It is unclear where or when it was incorporated.”

“A spokesperson for Justice Democrats said he did not know why the PAC paid so much money to Chakrabarti’s LLCs. When asked what the Justice Democrats PAC does on a daily basis, he said ‘it’s very clear what we do’ but declined to elaborate.”

“I see almost no way that you can do that without it being at least a reporting violation, quite likely a violation of the contribution limits,” he said.

“You might say from a campaign finance angle that the LLC was essentially operating as an unregistered committee.”

Neither Chakrabarti nor a spokesman for Ocasio-Cortez offered comment for the story, according to the Washington Examiner.

The Democrats remain unsatisfied with their success thus far in the demoralization of America and are planning to steal the 2020 election from President Trump. Alex calls in from the road to break down his appearance on the Joe Rogan Experience podcast and warns about the looming leftist insanity.