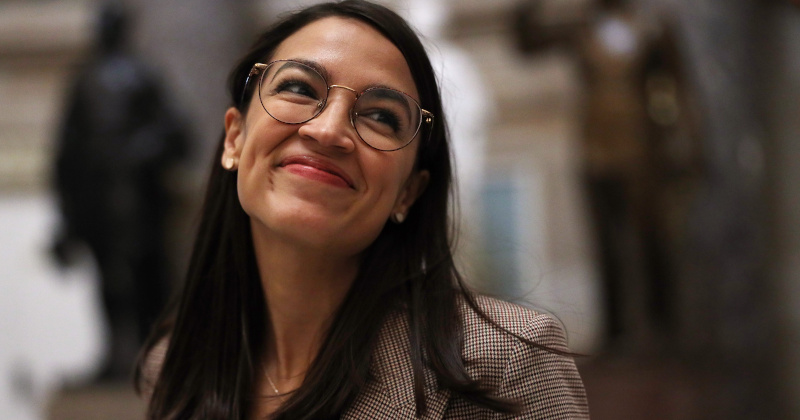 AOC strikes again! Following her recent decision not to pay dues to the Democratic Party, Alexandria Ocasio-Cortez declared on Monday that the Democratic Party is a “center or center-conservative” party and that there isn’t a “left” party in the United States anymore.

I’m not sure whether I should be laughing or frightened.

Making her assessment even more absurd is the fact she made her comments at an event honoring Martin Luther King Jr.

They’ve opposed religious freedom and individual rights and have sought restriction on free speech and the right to bear arms.

If AOC considers this “center or center-conservative” then we can only imagine just how crazy her vision of what the Democratic Party should be is.

The fact is AOC couldn’t be more wrong about her party. The Democratic Party of fifty years ago would consider today’s version of their party to be too extreme.

In fact, they’ve shifted so far to the left that “left-wing” ideas pushed by Obama are now too moderate for the party.

Simply put, there are no more moderate Democrats, and AOC, who’s become a celebrity in her party, has proven just how far off the deep end she really is.

Her comments were met with applause, don’t forget. Which means there are more in the party who agree with her nonsense 100 percent.