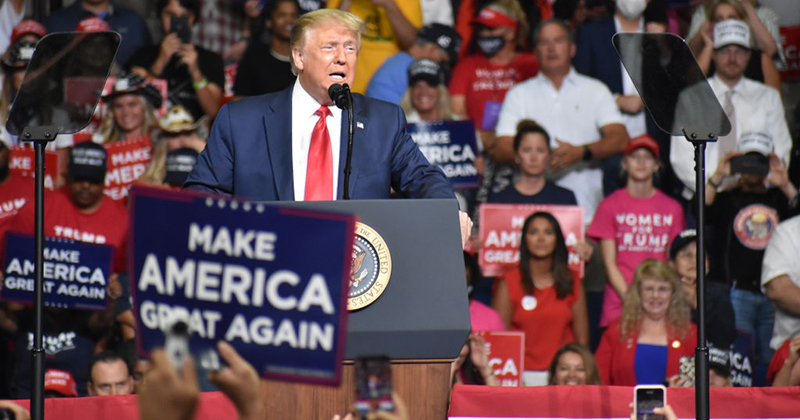 TikTok users and K-pop fans claim they reserved hundreds of tickets for Donald Trump‘s Tulsa rally on Saturday night with no intention of attending.

Political strategist Steve Schmidt, an outspoken critic of Trump, tweeted on Saturday night: ‘My 16 year old daughter and her friends in Park City Utah have hundreds of tickets. You have been rolled by America’s teens.

‘@realDonaldTrump you have been failed by your team. You have been deserted by your faithful. No one likes to root for the losing team.’

He then added: ‘This is what happened tonight. I’m dead serious when I say this. The teens of America have struck a savage blow against @realDonaldTrump. All across America teens ordered tickets to this event. The fools on the campaign bragged about a million tickets. lol.’

Shout out to Zoomers. Y’all make me so proud. ☺️ https://t.co/jGrp5bSZ9T

KPop allies, we see and appreciate your contributions in the fight for justice too 😌

Owen storms the streets of Tulsa Oklahoma in the Infowars Battle Tank!

The Oklahoma rally was intended to be the largest indoor gathering in the world during the coronavirus pandemic that has killed almost 120,000 Americans, put 40 million more out of work and upended Trump’s reelection bid.

Trump’s campaign, for its part, declared that it had received over a million ticket requests.

But in the hours before the event, crowds seemed significantly lighter than expected at the 19,000 seat BOK Center. Campaign officials scrapped plans for Trump to first address an overflow space.