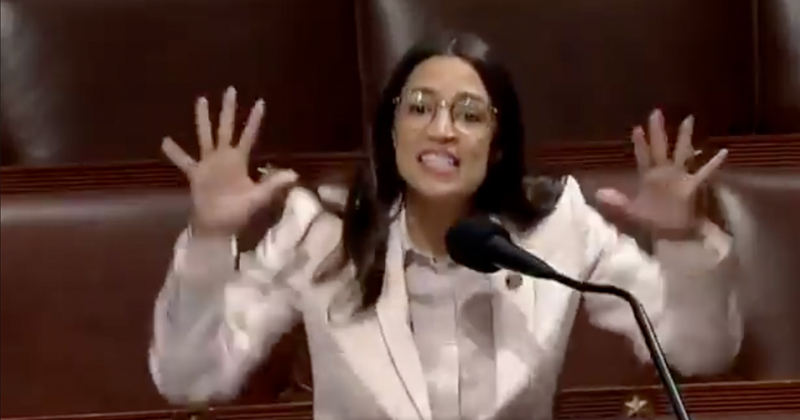 Congresswoman Alexandria Ocasio-Cortez (D-NY) was mocked after throwing a hissy fit on the House floor during a debate over the $2 trillion bailout stimulus package aimed at easing the coronavirus burden.

On Friday, the New York representative delivered a heated one-minute rant over the bill, which will give money to Americans but also to some corporations struggling to cope with the economic fallout.

“The greed of that fight is wrong, for crumbs for our families,” Ocasio-Cortez stated, flailing her arms wildly.

“What did the Senate majority fight for? One of the largest corporate bailouts with as few strings as possible in American history. Shameful!”

“When the drama kids give a presentation in class,” said one person.

when the drama kids gives a presentation in class pic.twitter.com/T5LGgOJZ7c

It is weird to me that there are still people in America who do not realize that @AOC is a paid actress.

WHO moves their arms like this when they speak? 😂

It’s hard not to laugh at this rehearsed buffoonery. pic.twitter.com/FQ2mlW7Hwl

“This is Veruca Salt from Charlie and the Chocolate Factory now,” another person commented, adding, “Feel old yet?”

On Thursday, AOC also complained the stimulus package gave $1,200 to American citizens with social security numbers, but NOTHING to illegal immigrants.

To clarify, $1200 checks are ONLY going to some w/social sec numbers, NOT immigrants w/ tax IDs (ITINs).

Thanks to GOP, these checks will be cut off the backs of *taxpaying immigrants,* who get nothing. Many are essential workers who pay more taxes than Amazon. 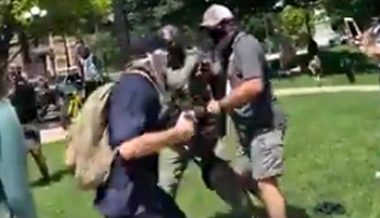 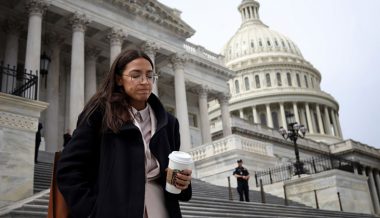